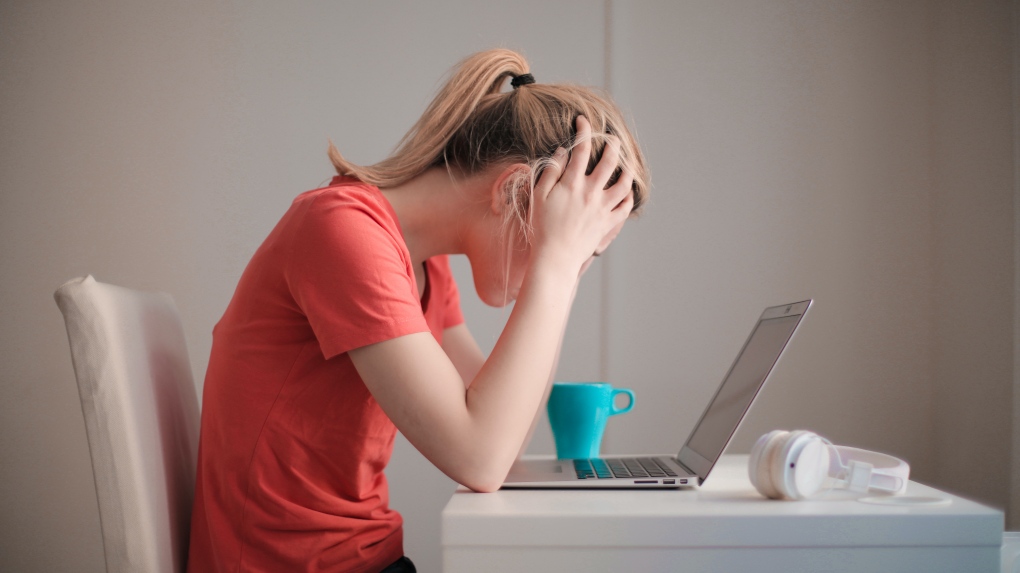 A stressed woman is seen in this image. (Pexels)

TORONTO -- A new survey has found that Canadians who’ve been able to continue working through the pandemic are in a better spot financially than they were a year ago, but are more stressed about money.

The survey from the Canadian Payroll Association shows 62 per cent of working Canadians were able to save more than five per cent of their paycheque so far in 2020, compared to 59 per cent last year

Additionally, 37 per cent of Canadians reported living paycheque-to-paycheque, a decline of six percentage points from 2019 and the lowest in the 12-year history of the survey.

The researchers hypothesize that less commuting, not having to pay for child care and saving on lunches contributed to the improved financial well-being of working Canadians through the pandemic.

However, the survey also found 43 per cent of Canadians are financially stressed, and just 22 per cent consider themselves "comfortable." The results had previously remained steady at about 33 per cent in each category since 2009.

The Canadian Payroll Association believes this jump is above the historical trends, meaning there is an outside factor impacting this stress, namely the COVID-19 pandemic.

“While it’s not a surprise that more Canadian workers are financially stressed, the variance between this year’s results and what was expected based on the historical trends, caught us off guard,” Dr. Adam Metzler, associate professor at Wilfrid Laurier University and one of the survey leads, said in a news release.

“The algorithm recognized that, despite remaining on payroll and being in a measurably better financial position right now, financial stress this year was impacted by a complex combination of new factors — including those that are more psychological than financial in nature.”

The survey also found the majority of Canadians are concerned about inflation, their ability to retire, their job security and a possible recession.

Additionally, 69 per cent of Canadians said they spent time at work thinking about their personal finances, which the association estimates represents $20.3 billion in lost productivity.

“That estimate is a conservative one,” said Peter Tzanetakis, president of the Canadian Payroll Association. “The costs of increased absenteeism, decreased motivation, strained relationships with colleagues, and turnover that many respondents cite as consequences of financial stress, also need to be taken into account.”

According to the August Labour Force Survey from Statistics Canada, the national unemployment rate is at 10.2 per cent. That's an improvement of 1.4 per cent from July, but still a ways away from the 4.5 per cent unemployment rate in February, before the pandemic.