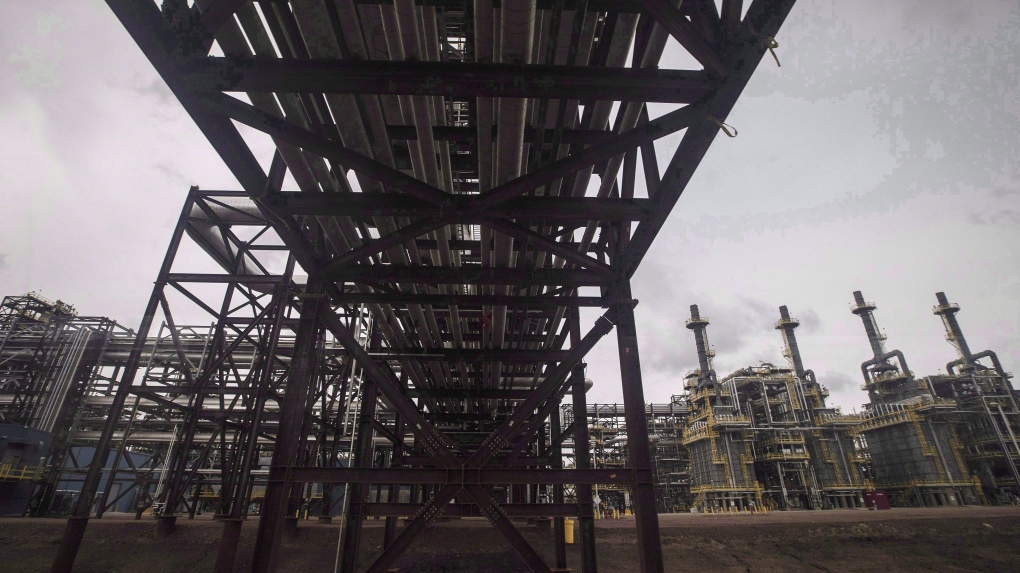 CALGARY -- Suncor Energy Inc. is blaming a net loss in the last three months of 2018 primarily on steep price discounts for western Canadian oil, including the upgraded synthetic crude it produces at its oilsands mining operations.

It says its net loss was inflated by accounting for inventory valuations and includes a $637-million non-cash foreign exchange loss on U.S. dollar denominated debt, as well as a non-cash impairment loss on one of the company's equity investments.

Its operating earnings were $580 million or 36 cents per share, versus $1.31 billion or 79 cents in the year-earlier period, well below analyst expectations of $724 million, according to Thomson Reuters Eikon.

The company announced a 17 per cent increase in its quarterly dividend to 42 cents per share.

Suncor reported last month it had record fourth quarter upstream production of 831,000 barrels of oil equivalent per day, up 12 per cent from the third quarter.

"Suncor generated funds from operations of $2 billion in the fourth quarter as our integrated downstream business and market access helped to mitigate upstream crude price volatility, including the further widening of the differentials for Canadian crude," said CEO Steve Williams in a statement.

The increase in the difference between benchmark New York-traded oil and western Canadian crude late last year has been blamed on a lack of pipeline access to export markets.

Companies in this article: (TSX:SU)