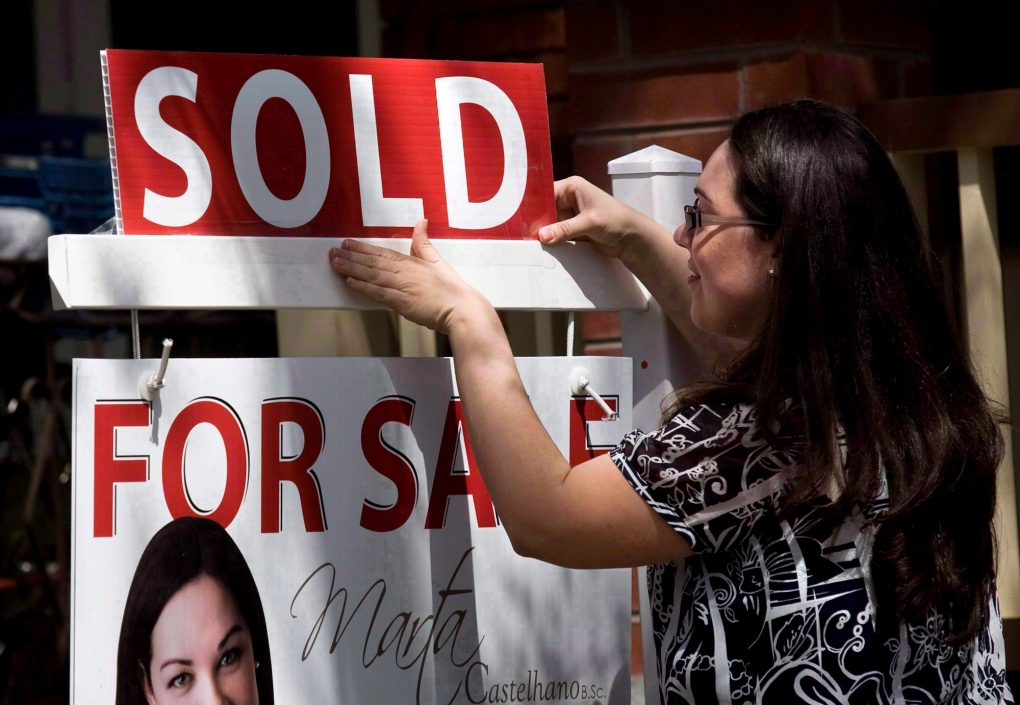 real estate agent puts up a "sold" sign in front of a house in Toronto Tuesday, April 20, 2010. THE CANADIAN PRESS/Darren Calabrese

TORONTO -- A new survey suggests the average price of a home in Canada increased between 1.2 per cent and 4.1 per cent in the third quarter of 2013.

The Royal LePage survey shows a year-over-year average price increase of 3.7 per cent to $418,686 for standard two-storey homes.

Royal LePage says its sales volumes surged in a number of regions as buyers entered the market after sitting on the sidelines for more than a year.

According to the survey, St. John's, Toronto, Winnipeg, Saskatoon and Calgary led the country in home price increases.

He said double-digit unit sales declines went largely unnoticed because they were over-shadowed by what he called a "macabre fascination with the prospect of a U.S.-style home price collapse" which never transpired.

"Our housing market turned a corner in the third quarter. Buyers returned to the streets in droves, resulting in a sharp increase in home sales," added Soper.

"We expect this positive momentum to continue through the all-important spring market of 2014, buoyed by a combination of pent-up demand, increasing consumer confidence and continued low interest rates."