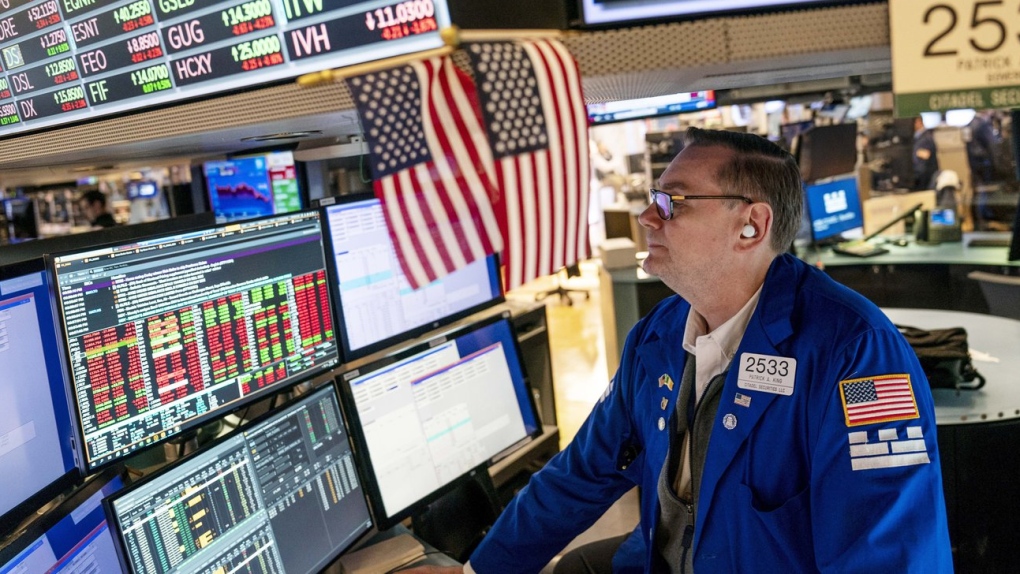 Volatility continued to grip North American stock markets as a rebound of the technology and base metals sectors supported a recovery in Canada but Wednesday's weakness in the U.S. continued.

“The push and pull around the various forces which have been dominating so far in 2022 just continues and inflation being one of those forces,” said Steve Locke, chief investment officer at Mackenzie Investments.

Consumer price reports for April in Canada and the U.S. showed that inflation is very high and above what had been predicted earlier in the year.

There's also concerns over the potential for slowing growth as central banks are widely expected to get aggressive to fight inflation following “significant rhetoric” from the U.S. Federal Reserve, including chairman Jerome Powell.

Locke said the bond market has increasingly priced in over the last few months the prospect of multiple 50-basis point rate hikes over several meetings. The last meetings of the U.S. Fed as well as the Bank of Canada both concluded with just such a rate hike.

“If you look at the volatility in the market over the last few days, you see the ups and downs of this push and pull. It's a significant time of uncertainty because we haven't seen policy reactions by central banks like this for a very long time,” he said in an interview.

In addition, some companies, notably Walmart and Target, have detailed how rising costs are starting to crimp margins.

Over the last 12 months, people have been feeling the pinch of inflation with real wages falling for a lot of households.

“So at the margin, one of the things that stocks are digesting now day-to-day is how that demand side is going to potentially erode and hurt the ability for companies to pass through prices,” Locke said.

The Dow and S&P 500 are now in correction territory, down nearly 16 per cent and 19 per cent, respectively, from their highs. Nasdaq is down 29.4 per cent from its high to push further into bear territory.

Materials led the TSX, gaining 3.1 per cent as metal prices increased with Fortuna Silver Mines Inc. up 9.9 per cent and Iamgold Corp. 9.4 per cent higher.

Technology climbed 2.7 per cent with Lightspeed Commerce Inc. increasing 10.1 per cent after the Montreal-based e-commerce company guided to improved results ahead, even though losses increased on higher revenues in the fourth quarter. Shopify Inc. was up 7.9 per cent.

Canopy Growth Corp. and Aurora Cannabis Inc. each gained 4.6 per cent to move the health-care sector up two per cent.

Energy was the last of the four winning sectors on the day. It was helped by rising crude oil prices that helped Meg Energy Corp. to increase 2.5 per cent.

The Canadian dollar hit its highest level in nearly three months by trading for 78.07 cents US compared with 77.88 cents US on Wednesday.

Locke expects energy prices will remain high over the coming months. Some of it is the result of longer term underinvestment by energy producers over the past decade, along with supply constraints due to the war in Ukraine.

“So there's there's going to be an awful lot of volatility in the price, but we believe energy prices of course being one of the key contributors to inflation is going to remain sticky to the high side here over the coming summer and into the fall.”

This report by The Canadian Press was first published May 19, 2022