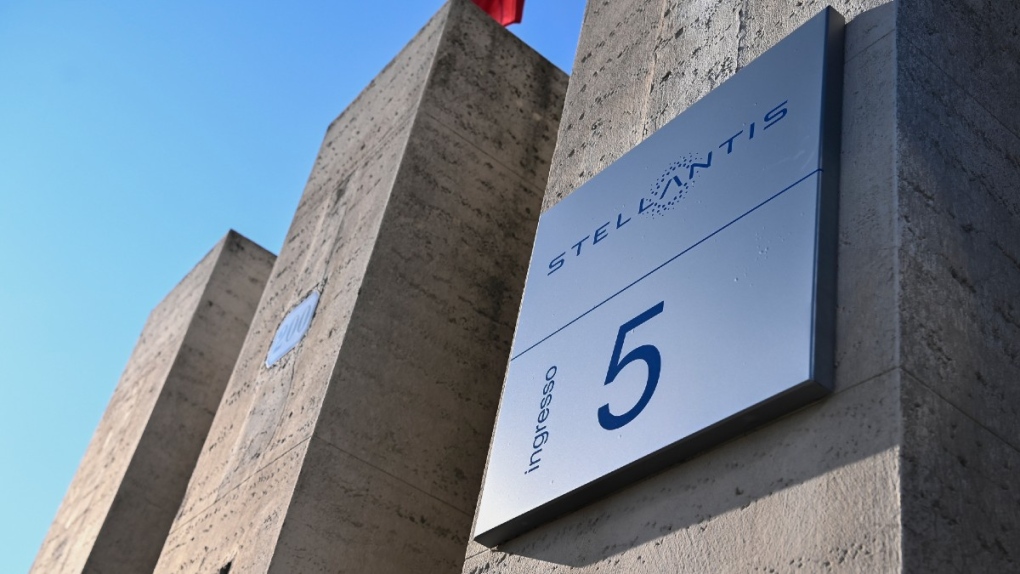 The new Stellantis logo is seen on the day of the stock market debut, at the historic Mirafiori headquarters in Turin, Italy, on Jan. 18, 2021. (Marco Alpozzi / LaPresse via AP)

MILAN -- The Stellantis automotive company created out of the merger of Fiat Chrysler Automobiles and PSA Peugeot reported Wednesday a 14% increase in first-quarter revenues, despite a drop in production due to the semiconductor shortage.

Stellantis revenues for the first three months of 2021 were 36.9 billion euros, compared with 32.4 billion euros (US$44.42 billion) in the first three quarters of last year. The merger became formal on Jan. 17, 2021, creating the world's fourth-largest carmaker, and the figures take into account the individual performances of Fiat Chrysler and PSA Peugeot in the preceding periods.

Lost production due to the global chip shortage for the period was 190,000 vehicles, Stellantis Chief Financial Officer Richard Palmer said. Eight of the company's 44 plants are currently affected, leading to reductions in shifts or vehicle lines. Palmer said the impact was likely higher in the second quarter but "is still very controlled."

Nearly all automakers are struggling with the chip shortage, which was caused by semiconductor

makers switching their factories to more profitable consumer-electronics processors when automakers closed last year due to the pandemic. Car production came back faster than expected, but the chipmakers did not quickly resume production of automotive-grade chips.

Storms affecting chipmakers in Texas and a fire at a plant in Japan exacerbated the shortage, Palmer said.

Stellantis is working on technical solutions to manage the chip shortage, such as changing the dashboard of the Peugeot 308.

Palmer said the impact could continue into 2022. "We don't have great visibility," he said. "As such it would be imprudent to assume the issue is going to go away."

Overall, shipments were up 11% to 1,567,000, due to higher demand and product mix. Production losses due to the semiconductor chip shortage darkened the improvements over the first quarter of 2020, when production was suspended temporarily due to the pandemic.

Palmer reported that progress on synergies in the merger "is very encouraging." Executives have pledged 5 billion euros in cost savings each year.

"Obviously, we're ramping up, and it's going to take time to realize the full potential of the merger," he said. "But I think we are very much on track."

This version corrects the revenue figures to billions, not millions.