StatsCannabis: Canadians keep puff, puff, passing along how much they pay for pot 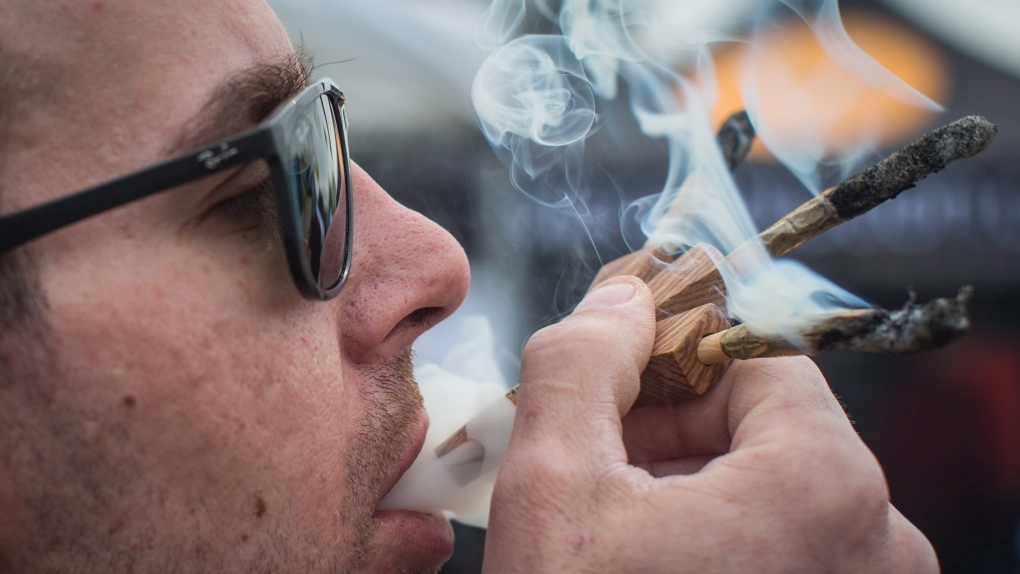 Brandon Bartelds smokes three joints at once while attending the 4-20 annual marijuana celebration, in Vancouver, B.C., on Friday April 20, 2018. (THE CANADIAN PRESS/Darryl Dyck)

Marijuana may not be fully legalized until July at the earliest, but tens of thousands of Canadians are already telling Statistics Canada how much they pay for the drug.

The federal agency’s crowdsourced StatsCannabis platform tracks the price per dried gram across various regions. The currently indicated nationwide price for medical and non-medical purposes is $6.80 per gram. Quebec has the lowest pot price at $5.86. The territories are paying top dollar at $9.51.

The current set of data was collected between Jan. 25 and April 24. Participants were asked for the price they paid for common denominations of pot, from a single gram up to an ounce, as well as the quality, ranging from low to high, and to indicate if it was for medical or recreational use.

According to the StatsCannabis website, the data is used for research purposes and evaluating of the cannabis sector’s role in the Canadian economy.

The latest Canada-wide StatsCannabis price represents a slight decrease from the $6.96 per gram quoted for March.

The website assures users that all submissions are anonymous, employing red lettering and exclamation points to assuage concerns about privacy. Statistics Canada said it received 18,260 responses between Jan. 25 and March 2018.

In addition to price data, the agency is also monitoring frequency of marijuana use in some of the nation’s largest urban centres. Western cities ranked the highest. Based on the respondents to the StatsCannabis hub, daily cannabis users represented 59 per cent of respondents in Edmonton, 58 per cent in Vancouver, and 56 per cent in Calgary. Montreal and Quebec City had the smallest proportion of daily users, at 43 per cent and 42 per cent respectively.

Statistics Canada cautioned against reading too much into the data, given the self-selecting nature of those willing to spell out their pot habits to the federal government.