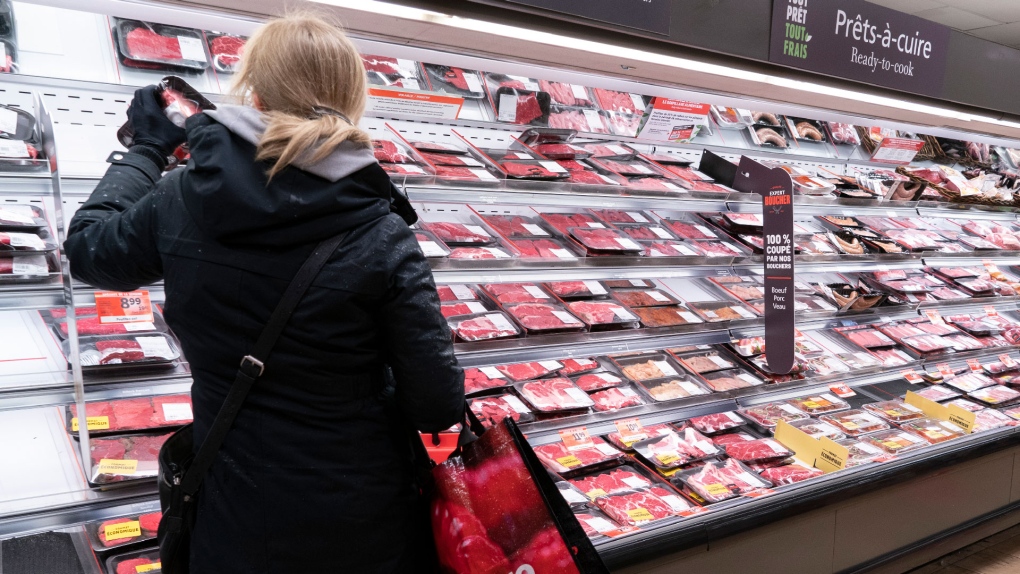 A customer shops at a meat counter in a grocery store in Montreal, on Thursday, April 30, 2020. THE CANADIAN PRESS/Paul Chiasson
OTTAWA -

Canadian retail sales dropped 0.6 per cent to $55.8 billion in July as sales at supermarkets and grocery stores fell with more people returning to restaurants and patios.

However, Statistics Canada said Thursday that its initial estimate for August suggests retail sales gained 2.1 per cent for that month, but cautioned the figure will be revised.

BMO economist Shelly Kaushik said that as the economy reopened shoppers diverted some of their spending from goods to services.

"While the drop in retail sales is consistent with a pullback in July GDP, the early indications for August point to a broader rebound in activity," Kaushik wrote in a report.

Statistics Canada reported last month that the economy contracted at an annualized rate of 1.1 per cent in the second quarter and said its preliminary estimate pointed to a pull back of 0.4 per cent in July.

Sales at food and beverage stores were down 3.4 per cent as sales at supermarkets and other grocery stores fell 3.4 per cent and beer, wine and liquor stores lost 2.7 per cent. Sales at convenience stores fell 8.4 per cent, and specialty food stores dropped 0.4 per cent.

Sales at building material and garden equipment and supplies dealers were down 7.3 per cent for the month, but remained elevated compared with pre-pandemic levels.

Motor vehicle and parts dealers reported sales gained 0.4 per cent in July, led by a 0.8 per cent increase at new car dealers.

Retail sales in volume terms fell 1.1 per cent in July.

This report by The Canadian Press was first published Sept. 23, 2021