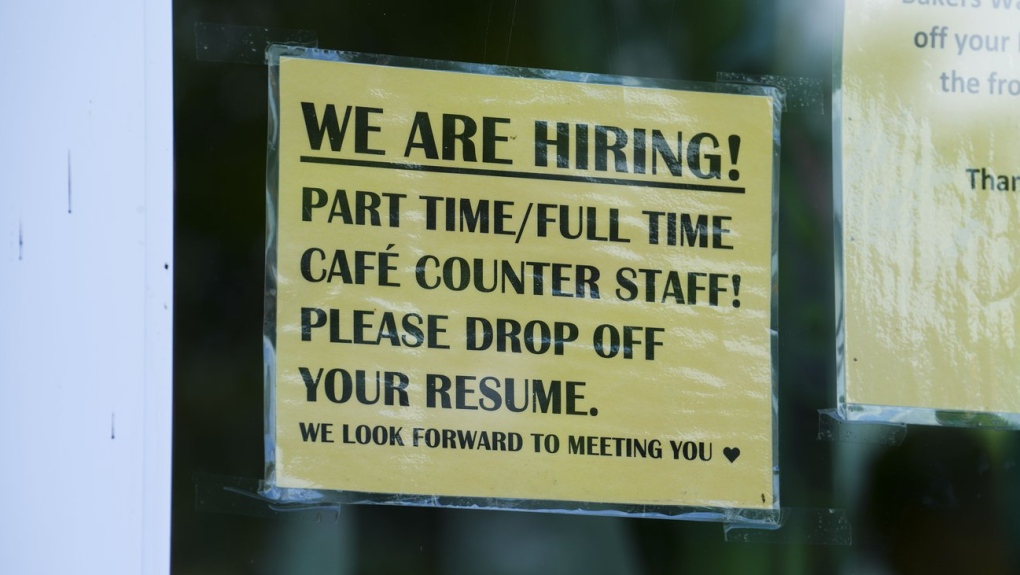 Statistics Canada says the the number of job vacancies was up 3.8 per cent in September at 994,800. A sign for help wanted is pictured in a business window in Ottawa on Tuesday, July 12, 2022. (THE CANADIAN PRESS/Sean Kilpatrick)
OTTAWA -

Statistics Canada says the number of job vacancies was up 3.8 per cent in September at 994,800.

The agency says the month-over-month increase was largely attributable to seasonal variations, as job vacancies typically peak in September.

The number of vacancies in manufacturing was down 11.3 per cent at 76,000 in September.

On a year-over-year basis, Statistics Canada says the total number of job vacancies was little changed.

This report by The Canadian Press was first published Nov. 24, 2022