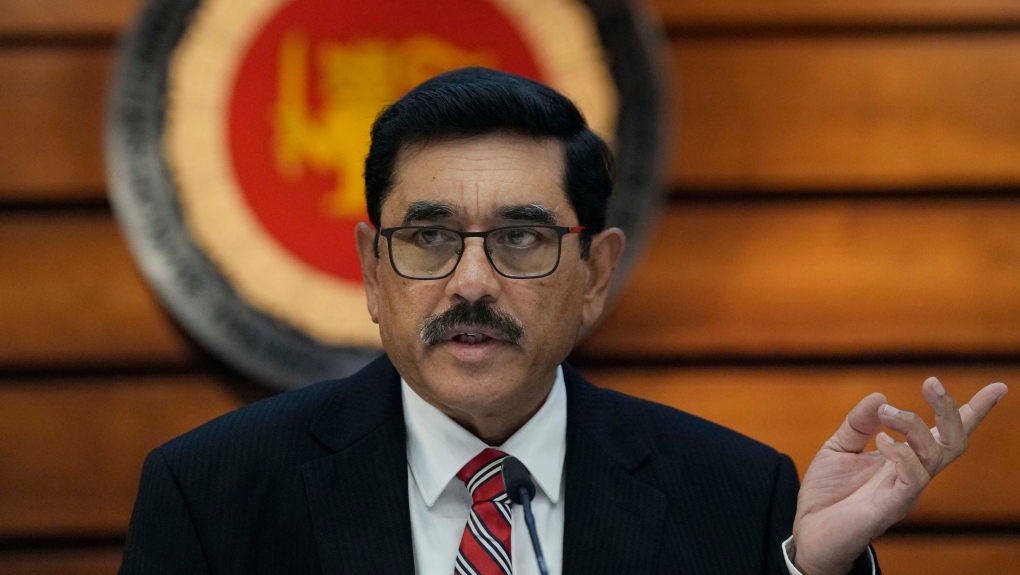 Sri Lanka will lower the maximum amount of foreign currency that individuals can possess to US$10,000 from $15,000 and penalize anyone who holds it for more than three months, the central bank announced Thursday, as police fired tear gas and water cannons at thousands of students demanding the government step down for failing to solve the country's economic crisis.

The students from the Inter University Students' Federation attempted to march to the presidential residence but were blocked by police in the commercial center of the capital, Colombo.

Central Bank Governor Nandalal Weerasinghe said people must place their excess foreign currency in a bank or convert it into local currency within two weeks. After that time, Central Bank officials and police will conduct raids and anyone violating the new rules will be fined, he said.

The regulations, to be implemented under the country's foreign exchange act, come amid a severe shortage of foreign currency that has sharply limited imports of essential items such as fuel, cooking gas, medicine and food.

For months, Sri Lankans have endured long lines to buy those essentials, most of which come from abroad. Shortages of hard currency have also hindered imports of raw materials for manufacturing and worsened inflation.

The Indian Ocean island nation is on the brink of bankruptcy and has suspended payments on its foreign loans. Its economic woes have brought on a political crisis, with the government facing widespread protests.

Sri Lanka has suspended repayment of about $7 billion in foreign loans due this year out of $25 billion to be repaid by 2026. The country's total foreign debt is $51 billion. The finance ministry says the country currently has only $25 million in usable foreign reserves.

Sri Lanka is now almost without gasoline and faces an acute shortage of other fuels as well. Authorities have announced countrywide power cuts of up to four hours a day because they can't supply enough fuel to power generating stations.

The government asked state employees not to go to work on Friday, except for those needed to maintain essential services, because of the fuel shortages.

Protesters have occupied the entrance to the president's office for more than a month calling for President Gotabaya Rajapaksa to resign. Months of anti-government rallies have led to the near-dismantling of the once-powerful ruling family, with one of the president's brothers resigning as prime minister, and other siblings and a nephew leaving their Cabinet posts.

Protesters accuse the Rajapaksas of triggering the crisis through corruption and misrule.

New Prime Minister Ranil Wickremesinghe said Monday that about $75 billion is needed urgently to help provide essential items, but the country's treasury is struggling to find even $1 billion.

Attacks by Rajapaksa's supporters on protesters last week sparked nationwide violence that left nine people, including a lawmaker, dead and more than 200 injured. Homes of lawmakers and their supporters were burned down.

Protesters hold Rajapaksa and his family -- who have dominated nearly every aspect of life in Sri Lanka for most of the last 20 years -- responsible for the crisis.