Spanish booty up for auction from 400-year-old shipwreck 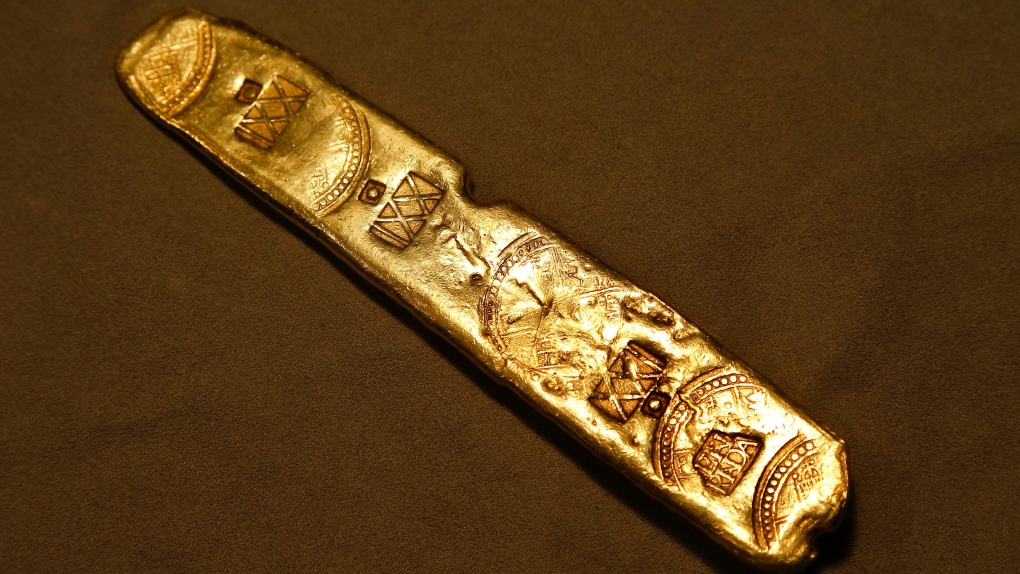 NEW YORK -- A solid gold chain and an intricate gold-and-enamel spoon are among items pulled from the wreckage of a 400-year-old Spanish galleon that will be auctioned off next month.

Nuestra Senora de Atocha went down in a violent hurricane in 1622 near the Florida Keys laden with New World gold while en route to Spain. It was among a fleet of nine ships that were lost at sea; hundreds of people perished, including nobility who brought along their personal jewels.

Treasure hunter Mel Fisher searched 16 years for it before discovering the Atocha motherlode in 1985. What he found was the stuff of legends -- 40 tons of silver and gold, fine Colombian emeralds and over 1,000 silver bars.

On Aug. 5, Guernsey's will auction 40 select items from the doomed ship. They represent some of Mel and Dorothy Fisher's favourite pieces, said their daughter, Taffi Fisher Abt. Fisher died in 1998; his wife, Dorothy, died in 2009.

They include two spectacular gold chains. One, called a "money chain," has big links the size of a thumbnail and extends past the waist. Fisher wore it on the "Tonight Show Starring Johnny Carson" soon after the ship's discovery.

In the Colonial era, the Spanish king placed a 20 per cent tariff on gold bullion called the Royal Fifth. But if the gold was turned into jewelry, the tax was forgiven.

"It's real high-carat gold. ... Purer than any gold you'd buy in a store today," she said.

Other highlights include an intricate gold spoon of Peruvian and Spanish origin. It's believed to have been used during Communion by priests who sailed to the Americas to convert the natives to Christianity, said Fisher Abt. The spoon's black enamel neck is decorated with scrolling flora and birds and a carved masculine face flanked by condors, a symbol of royalty among the Inca people. It's estimated to bring $160,000 to $180,000.

Also up for auction is the Bezoar Stone, which was believed to remove poisons and toxins from liquids. The pendant, about the size of an egg, is encased in a gold mounting with four arms grasping the stone. It was meant to hang from a chain so it could easily be dipped into a cup; when the stone colour changed, it signified no toxins were present. The piece is actually not a stone, but an organic mass taken from a two-stomached animal like a llama or goat. Today, it is highly valued by the Chinese for medicinal reasons. Its pre-sale estimate is $28,000-$35,000.

The Guernsey's sale also will offer about 100 silver coins from the Atocha sister ship, the Santa Margarita, ranging from $1,000 to many thousands depending on condition, said Guernsey's president Arlan Ettinger.

A portion of the auction proceeds will benefit the Michael Abt Jr. Have a Heart Foundation, which provides defibrillators to schools nationwide.