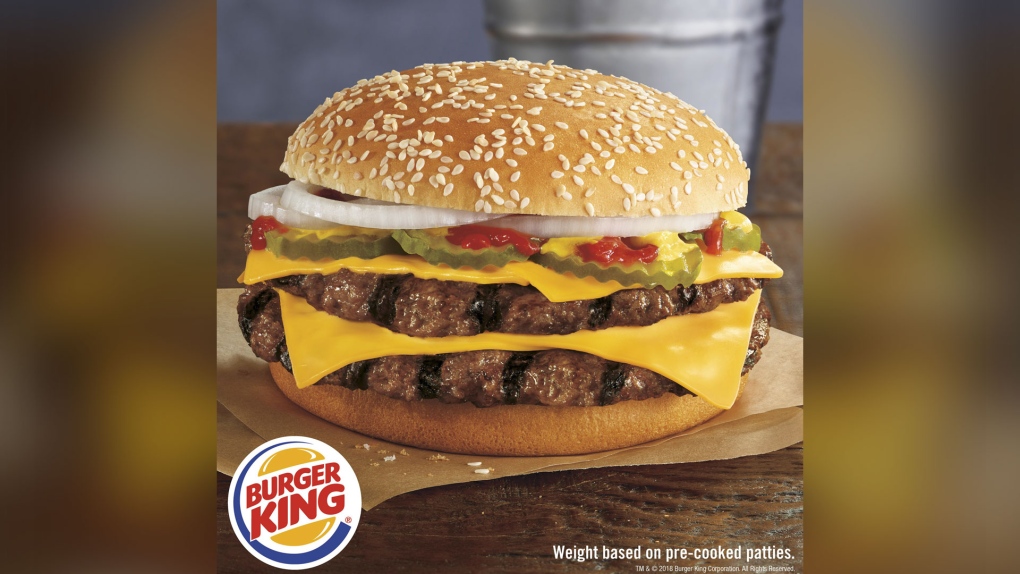 NEW YORK -- Burger King is looking to start a beef with McDonald's.

The chain says the Double Quarter Pound King, its own version of McDonald's quarter-pound burger, will hit restaurants Thursday. An ad shows Burger King's mascot at a funeral for a competitor's burger, but doesn't mention McDonald's by name.

It comes as McDonald's is working to swap out frozen beef patties for fresh ones in its Quarter Pounder. Burger King says it uses frozen patties.

Burger King, owned by Oakville, Ontario-based Restaurant Brands Inc., says its new burger uses more than half a pound of beef before it is cooked.

McDonald's did not immediately return a message seeking comment.