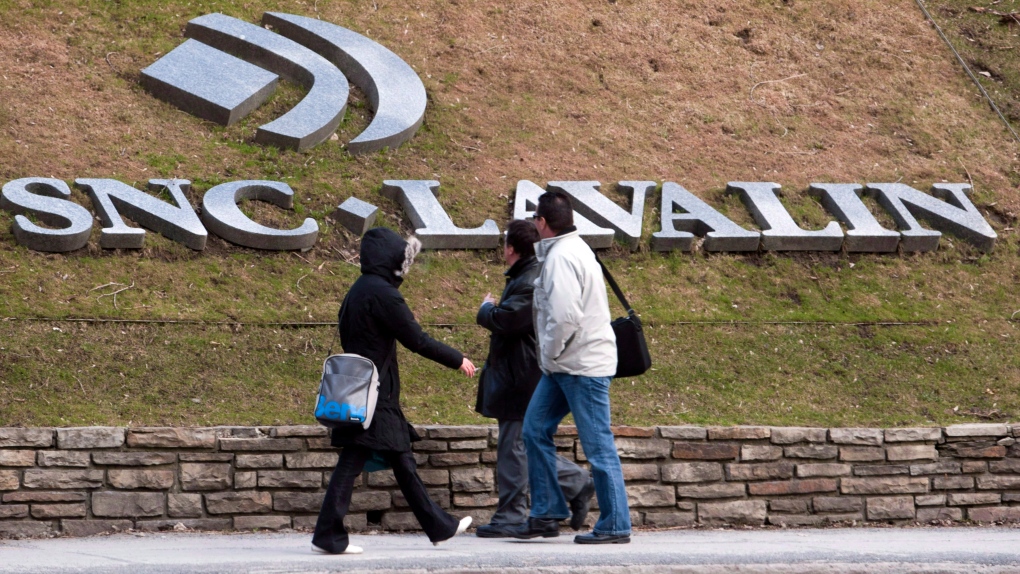 Pedestrians walk past the offices of SNC Lavalin, in Montreal, March 26, 2012. THE CANADIAN PRESS/Ryan Remiorz

MONTREAL -- The RCMP has laid fraud and corruption charges against engineering company SNC-Lavalin and two of its subsidiaries over dealings in Libya.

Police allege that between 2001 and 2011 SNC-Lavalin paid nearly $47.7 million to public officials in Libya to influence government decisions. It also charged the company, its construction division and its SNC-Lavalin International subsidiary of defrauding various Libyan organizations of about $129.8 million.

Three individuals -- two former SNC executives and one of their lawyers -- were previously charged by the RCMP part of the investigation that began in 2011.

In a statement, the Montreal-based company said that it will plead not guilty.

SNC-Lavalin employs about 45,000 employees around the world, including 16,650 in Canada, in oil and gas, mining, water, infrastructure and power sector projects.

"The charges stem from the same alleged activities of former employees from over three years ago in Libya, which are publicly known, and that the company has co-operated on with authorities since then," said chief executive Robert Card.

SNC-Lavalin (TSX:SNC) said the charges do not affect its ability to bid or work on any public or private contracts.

If convicted, SNC-Lavalin could be banned from bidding on government contracts for 10 years under Ottawa's so-called integrity framework. The code's regulations deal with companies convicted of crimes in Canada or abroad and the ban extends to subsidiaries and sister companies of convicted companies.

Three Canadian companies have been convicted since 2013 under the Corruption of Foreign Public Officials Act.

Calgary-based oil and gas company Griffiths Energy International was fined $10.35 million in 2013 for bribing a diplomat's wife to secure oil rights in Chad. Niko Resources of Calgary was fined $9.5 million in 2011 for bribing a Bangladesh cabinet minister for natural gas drilling rights. Hydro-Keen Group of Red Deer was fined $25,000 in 2005 for bribing a U.S. immigration officer at the Calgary airport to get workers into the United States.

In October, Card said that the company could be forced to close or sell its operations if it faced criminal charges. A company vice-president later clarified that it would consider all options in deciding what is best for shareholders.

SNC-Lavalin's reputation has been tarnished in recent years by charges against former employees in Libya, Algeria, Bangladesh, and in relation to a $1.3 billion Montreal hospital contract.

Ben Aissa was charged in Canada after he was extradited from Switzerland where Swiss authorities had sentenced him to the 29 months he'd served in jail on fraud-related charges relating to SNC-Lavalin's business in Libya. They also ordered him to repay millions of dollars to the company.

SNC-Lavalin had a presence in Libya for decades with annual revenues peaking at more than $400 million. Work included the Great Man-Made River project, a plan to pump water from deep desert wells to the populated cities along the northern coast. It also built an airport in Benghazi and a jail in Tripoli.

In 2011, the company removed all new contracts in Libya and nearly $900 million of older work from its backlog due to the civil war.

The World Bank suspended SNC-Lavalin in 2013 from bidding on projects it finances for a decade over allegations of bribery involving a bridge contract in Bangladesh and a project in Cambodia.