Scotiabank reports fourth-quarter profit up from year ago, raises dividend 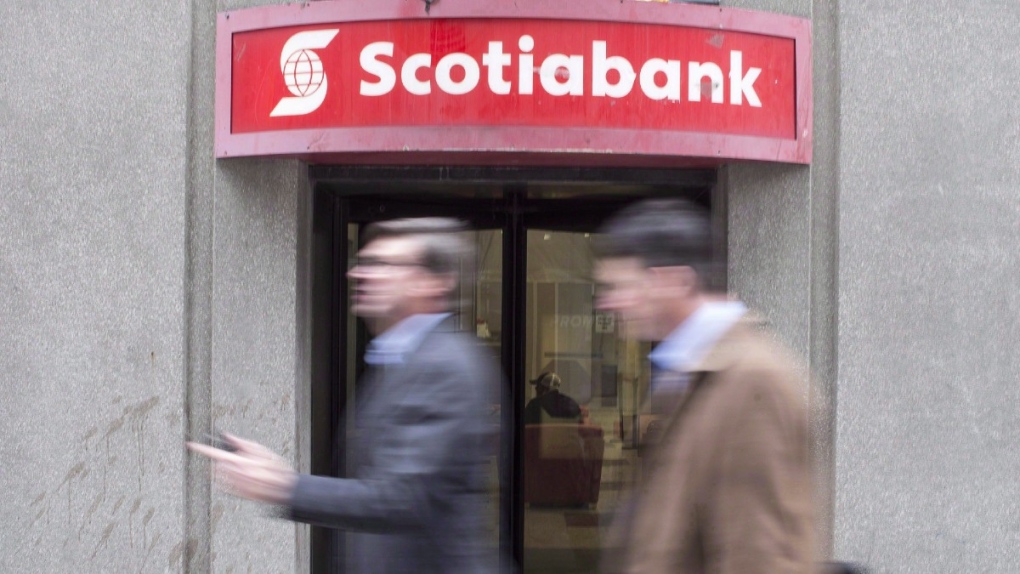 A branch of Scotiabank is pictured in downtown Toronto on April 10, 2018. (THE CANADIAN PRESS/Chris Young)
Toronto -

Scotiabank raised its quarterly dividend Tuesday as it reported a fourth-quarter profit that rose compared with a year ago and beat expectations.

The first big Canadian bank to report its fourth-quarter results said it will now pay a quarterly dividend of $1 per share, up from 90 cents. Scotiabank also announced plans to buy back up to 24 million of its shares.

The increased payment to shareholders and share buyback plan follow a decision by the Office of the Superintendent of Financial Institutions earlier this month to lift COVID-19-related restrictions and allow federally regulated banks and insurers to increase dividends, resume share buybacks and raise executive compensation.

Revenue totalled nearly $7.7 billion, up from $7.5 billion a year ago.

Analysts on average had expected Scotiabank to earn an adjusted profit of $1.90 per share, according to data compiled by financial markets data firm Refinitiv.

"We ended the year with strong fourth-quarter earnings and exceeded our medium-term financial targets in fiscal 2021," Scotiabank chief executive Brian Porter said in a statement.

"Our diversified business model demonstrated its resilience through the pandemic, and the bank is well positioned to achieve its full earnings power in the upcoming year."

The increase in profit came as the bank's provisions for credit losses fell to $168 million in its fourth quarter, compared with $1.13 billion in the same quarter last year and $380 million in its third quarter.