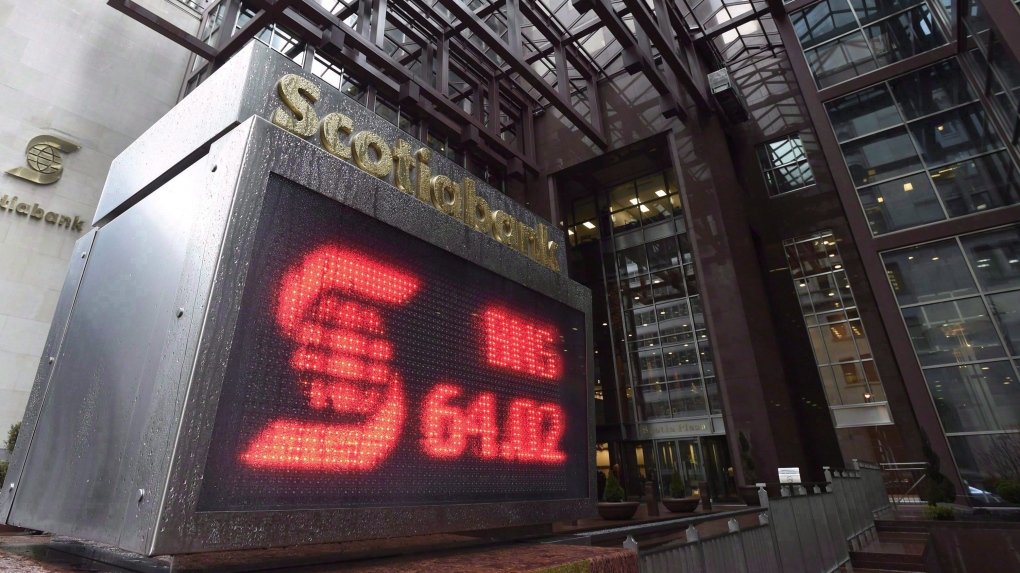 TORONTO -- Canadian bank executives say an economic rebound is on its way after months of governments and financial institutions working to offset turmoil with loans, deferrals, interest rate cuts and subsidies.

The chief executives of Bank of Nova Scotia and BMO Financial Group said Tuesday that they are starting to see signs of improvement and are feeling reassured by countries like Canada, the U.S., Chile and Peru, which have spent on average 17 per cent of their gross domestic product on relief measures.

"We are seeing clear evidence that the stimulus is having the desired impact," Scotiabank's Brian Porter said on a conference call to discuss the bank's latest financial results.

Porter, who called himself "cautiously optimistic" about 2021, hadn't factored in the potential rollout of a COVID-19 vaccine, but if Pfizer, Moderna or AstraZeneca get the go-ahead to inject people with their early vaccine candidates, he said his optimism would grow even more.

Meanwhile, BMO chief executive Darryl White was also feeling positive about 2021, but warned that troubles are still lingering as many countries, including Canada, plunge into a second wave of COVID-19.

"While the path of the pandemic and the economic recovery remains uncertain, we now know that vaccines will be available relatively soon, and there's good reason to be optimistic about the associated economic recovery accelerating as 2021 progresses," he said.

The remarks came as their companies started to see the expiration of consumer relief programs they launched to help Canadians hit hard by the pandemic.

Scotiabank doled out $120 billion in support for customers throughout the pandemic, while BMO said it granted payment deferrals to more than 256,000 retail accounts in Canada and the U.S. since March.

Both spent much of the pandemic stowing away cash to protect themselves from bad loans, but were able to ease up in recent months.

Scotiabank's provisions for credit losses in its latest quarter totalled $1.1 billion, up from $753 million a year ago, but down from nearly $2.2 billion in the third quarter.

BMP also looked to protect itself further by winding down its non-Canadian investment and corporate banking business in the energy sector -- a move White said would help better allocate resources in places where they can deliver strong returns now and in the future.

"Going forward, BMO Capital Markets' energy business will be focused on the Canadian energy market, where we believe our competitive positioning is strongest and where we will continue our deep and long-standing commitment to supporting clients," he said.

On an adjusted basis, BMO says it earned $2.41 per share, down from an adjusted profit of $2.43 per share in the same quarter last year.

Analysts on average had expected an adjusted profit of $1.90 per share, according to financial data firm Refinitiv.

Analysts on average had expected Scotiabank to earn an adjusted profit of $1.22 per share, according to financial data firm Refinitiv.

Revenue totalled $7.5 billion, down from nearly $8 billion in its fourth quarter last year.