S&P/TSX composite falls as base metals and health-care drop, offset by financials 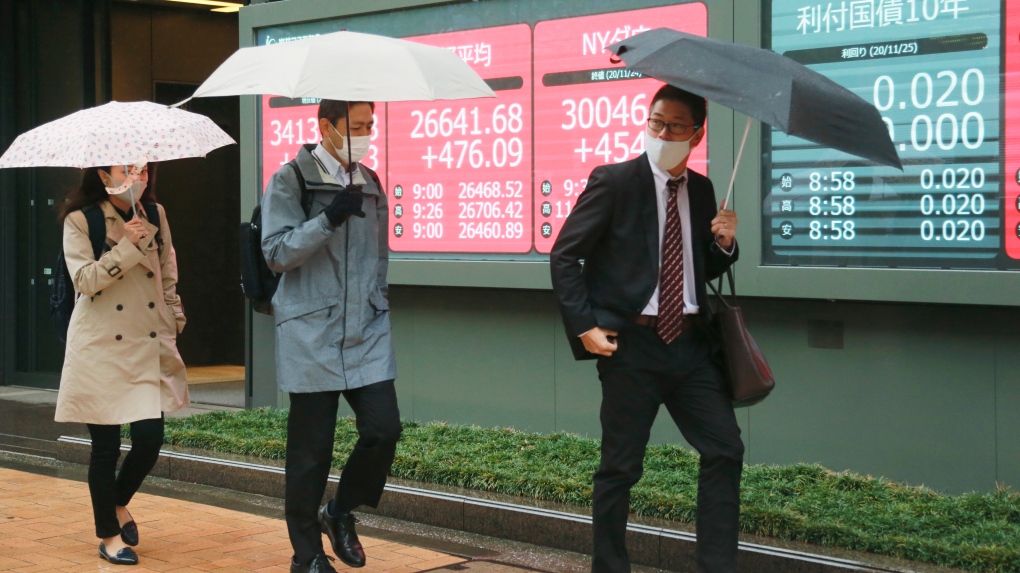 TORONTO -- Canada's main stock index closed lower as weakness in base metals and cannabis companies offset gains in the financials and consumer discretionary sectors on Monday.

“I think it's broadly a reflection of the markets sitting in a holding pattern today ahead of some impactful data later this week as earnings season kicks off with the big U.S. banks, as well as some inflation readings.”

Investors are continuing to focus on the economic recovery as well as concerns about inflation and rising bond yields. JPMorgan Chase and Wells Fargo report quarterly results on Wednesday, while Bank of America and Citigroup report on Thursday.

Meanwhile, the U.S. consumer price index for March is to be released on Tuesday.

A sign of investor unrest was seen in market reaction to first-quarter results from Canadian cannabis company Aphria Inc., which closed down $2.89, or 14.19 per cent, to $17.47.

Other cannabis companies also lost ground as the health-care sector fell 5.61 per cent.

“I would suspect that as we advance this year, companies that are trading at very high valuation multiples that are already pricing in really good results are likely to be punished if they come up short of those expectations,” he said.

“That might add a little bit of volatility in the market.”

Canadian markets are still being buoyed by Statistics Canada's report Friday that 303,000 jobs were added in March and the unemployment rate fell to 7.5 per cent, Fehr said.

The Canadian dollar traded for 79.66 cents US on Monday compared with 79.72 cents US on Friday.

The May crude oil contract was up 38 cents at US$59.70 per barrel and the May natural gas contract rose three cents to US$2.56 per mmBTU.

An energy sector slide of 0.27 per cent was broad-based but led by Arc Resources Ltd. and Meg Energy Corp. with 3.01 and 2.77 per cent declines in stock price.