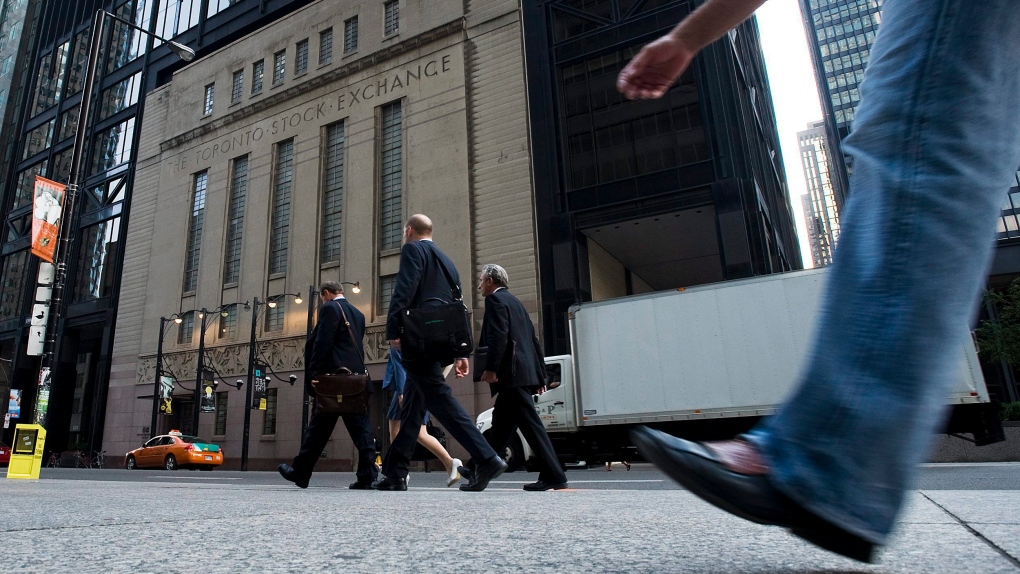 TORONTO -- Canada's main stock index had its first losing week since early May and dropped below the 20,000-point milestone for the first time in two weeks as the prospect of early interest rate hikes rattled investors.

The S&P/TSX composite index closed down 144.45 points to 19,999.59. Despite setting new records earlier in the week, the Toronto market ended lower for the first time in five weeks.

“Some of the speak from the Fed I think is really what's driving things over the last day or two,” said Allan Small, senior investment adviser at IA Private Wealth.

The U.S. central bank surprised markets when it said interest rates will rise sooner than expected and that two quarter-point hikes are likely in 2023.

And then St. Louis Fed president James Bullard added to market concerns by saying Friday that he expects rate hikes will begin to take place sometime next year.

Meanwhile, the Dow had its worst week since October after posting its fifth-straight day of losses.

The decreases are actually healthy to “clean out some of the excess buyers, the froth if you will, and hopefully maybe start fresh on Monday,” said Small, who has advised clients to buy on the dip.

Eight of the 11 major sectors on the TSX were down on Friday in a broad-based decline including the health care, consumer discretionary, energy, materials and industrials sectors.

Energy lost 1.1 per cent despite higher crude oil prices with shares of Whitecap Resources Inc. down 2.4 per cent, Suncor Energy Inc. off 1.9 per cent and Crescent Point Energy Corp. 1.7 per cent lower.

The August crude oil contract was up 51 cents at US$71.29 per barrel and the July natural gas contract was down 3.8 cents at nearly US$3.22 per mmBTU.

Still, Small expects producers will try to ramp up output as long as prices remain strong.

Materials also fell as metal prices and other commodities that thrived with a strong loonie continued to struggle.

Shares of New Gold Inc were down 4.1 per cent, followed by Equinox Gold Corp. at 3.8 per cent.

The heavyweight financials sector was down 0.9 per cent with Scotiabank off 1.8 per cent.

Technology continued to benefit from the shift towards growth with Lightspeed POS Inc. up four per cent and Shopify Inc. 1.7 per cent higher.