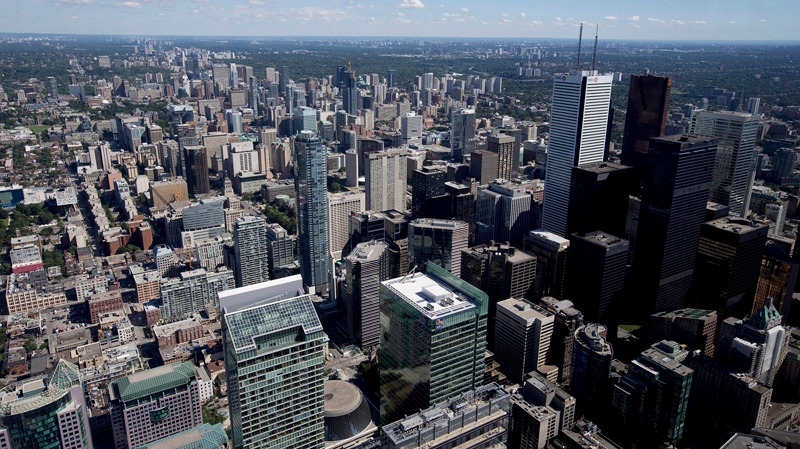 TORONTO -- Ratings agency S&P has downgraded Canada's biggest banks to "negative" over concerns about the federal government's stance on possible bailouts in the future.

The decision hinges on concerns that Ottawa will be reluctant to bail out large financial institutions in the event of another major economic meltdown, and would instead opt for a "bail in" regime that would not use taxpayer money.

A week earlier, Ottawa launched a public consultation on the bail-in proposal that's scheduled to wrap up on Sept. 12.

The ratings agency said its revision is hinged on the possibility that the bail-in policy could lead it to lower its ratings on the banks within two years.

Despite the downgrades, the TSX financial sector was ahead 0.55 per cent on Monday, with all of the major bank stocks higher.

"Over the years we have gotten incremental downgrades to the Canadian banking group but they just continue to defy gravity to some extent ... particularly as it relates to their stock prices," said Craig Fehr, Canadian markets specialist at Edward Jones in St. Louis.

"But I think it's a bit of a prudent move, perhaps a cautious move on their (S&P's) part," Fehr said.

Canada's banking system has been touted by politicians and business leaders as one of the most stable in the world in the wake of the recent financial crisis.

The Harper government has also supported efforts to prevent the bank bailouts that happened in the U.S. and Europe during the crisis from occurring in Canada.

"To date, the recent impact on spreads has not been material as in the eyes of most investors," wrote Macquarie Securities banking analyst Jason Bilodeau in an update on the sector.