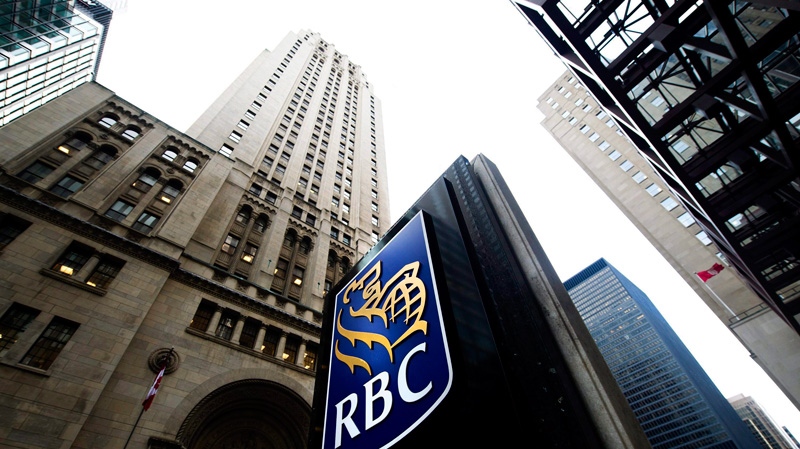 The Royal Bank of Canada sign is seen at its former head office in downtown Toronto, Dec. 2, 2011. (Nathan Denette / THE CANADIAN PRESS)
TORONTO -

Royal Bank of Canada raised its dividend as it reported a fourth-quarter profit of $3.9 billion, up from $3.2 billion in the same quarter last year.

The bank said Wednesday it will now pay a quarterly dividend of $1.20 per share, up from $1.08 per share. It also says it plans to buy back up to 45 million of its shares.

The move follows a decision by the Office of the Superintendent of Financial Institutions last month to lift restrictions put in place at the start of the pandemic that prevented federally regulated banks and insurers from raising dividends, buying back shares and raising executive compensation.

"Across our businesses, we saw elevated growth in client activity and our teams responded with differentiated ideas and offerings to meet our clients' needs and create long-term value," RBC chief executive Dave McKay said in a statement.

"As a result, our overall performance in 2021 reflected strong earnings, premium shareholder performance, and highlighted our ability to successfully navigate a complex operating environment while continuing to invest in talent and innovations to support future growth."

Analysts on average had expected an adjusted profit of $2.81 per share, according to estimates compiled by financial markets data firm Refinitiv.

The result came as RBC reversed $277 million in its provisions for credit losses in the quarter compared with the $427 million it set aside for bad loans in the same quarter last year.

This report by The Canadian Press was first published Dec.1, 2021