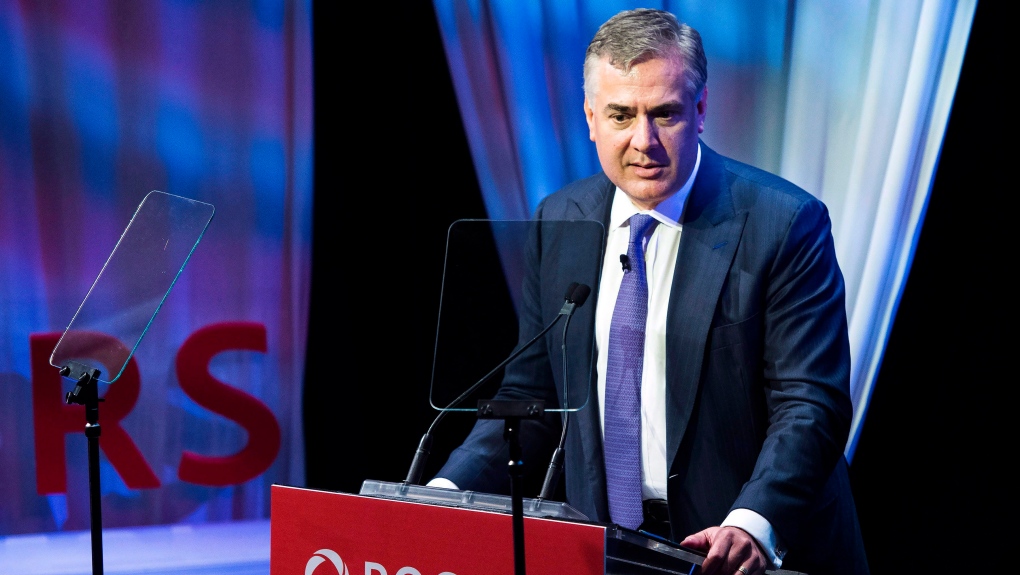 TORONTO -- The chief executive of Rogers Communications Inc. said Wednesday that he and his team are “deeply disappointed” by the widespread outage that affected many of its wireless customers this week.

Total net income for the company, including its home internet, radio and television and sports businesses, was $361 million or 70 cents per diluted share.

That was up from $352 million or 68 cents per diluted share in the first quarter of 2020, which included a few weeks of Canada's first COVID-related shutdowns.

In a later speech at the company's virtual annual meeting, chairman Edward Rogers - part of the family that controls the company - said he was “tremendously proud” of the way it performed last year while keeping employees safe and customers connected.

Natale thanked wireless customers for their patience during Monday's outage, which is undergoing an in-depth review with network partner Ericsson.

“And we'll use the findings to help prevent this from ever happening again,” Natale said.

The nearly daylong wireless interruption affected business sales and services, and the ability for some customers to book or check in for medical appointments.

Many users expressed frustration with the outage, noting that they rely on the wireless service to work from home under ongoing COVID-19 restrictions.

The company said in an email Tuesday that it will issue a credit, equivalent to Monday's wireless service fee, to be applied automatically to May bills, with no action required by customers.

The division, which accounts for nearly 60 per cent of overall revenue, had its strongest first quarter in three years in terms of loading and post-paid net additions, Natale said.

Edward Rogers, son of founder Ted Rogers, told shareholders that his family and the family of Shaw Communications founder J.R. Shaw want to combine the businesses.

Twenty years ago, he said, Rogers made most of its revenue and profit from cable television services - but they now face competition from Netflix, Amazon Prime and “hundreds of other streaming services from within Canada and around the world.”

The acquisition of Calgary-based Shaw, which owns Freedom Mobile, will allow Rogers to grow far more quickly and efficiently than either company could on its own, he said.

The combined assets of the two companies will also allow them to invest more in network facilities, especially in remote and underserved parts of Canada, he said.

“We also need to recognize that Canada is not just competing with itself, against itself, but we're increasingly part of a global competitive landscape,” Rogers said.

Adjusted net income was $394 million or 77 cents per diluted share, which was 16.4 per cent above analyst estimates.

Total revenue was nearly $3.49 billion, also above estimates and up two per cent from $3.42 billion a year ago.

On average, analysts had estimated 66 cents per share of adjusted net income and $3.35 billion of revenue, according to financial information provider Refinitiv.

- with files from Brett Bundale.