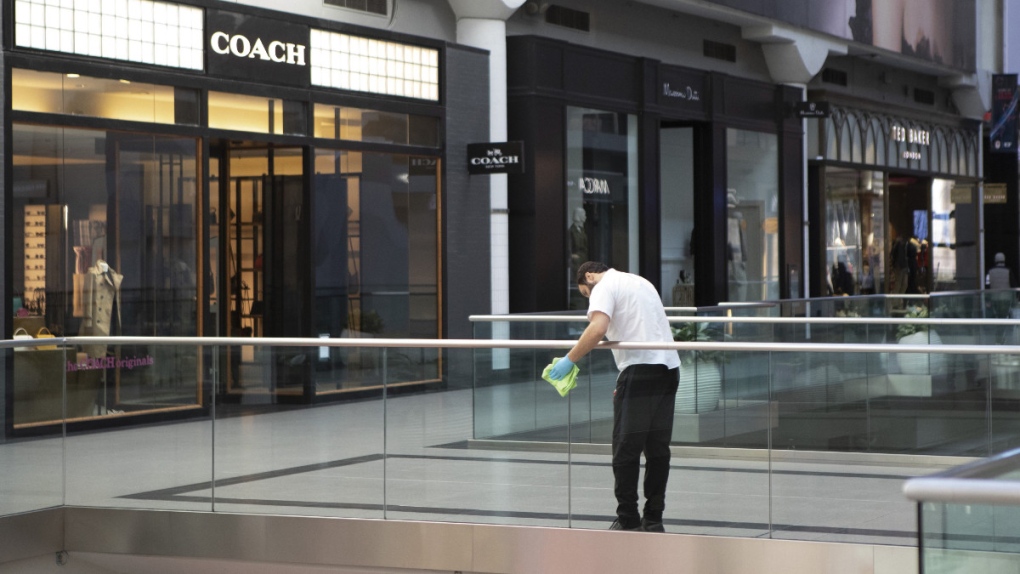 OTTAWA -- Retail sales fell by more than a quarter in April due to the COVID-19 pandemic, but Statistics Canada said Friday that they regained some of the lost ground in May.

The agency said retail sales plunged by a record 26.4 per cent to $34.7 billion in April leaving them down 33.6 per cent since physical distancing measures were implemented in mid-March.

Economists on average had expected a drop in April of 15.1 per cent, according to financial markets data firm Refinitiv.

Bank of Montreal chief economist Doug Porter said April is cementing its reputation as the worst month for the Canadian economy ever.

"The Canadian economy, and retail trade specifically, looks to have been hit even harder than initially estimated as well as the U.S. economy through the shutdowns," Porter wrote in a note.

"It's a long road back from these April lows."

While essential services like grocery stores remained open, most retailers did not offer in-store shopping in April due to public health restrictions meant to slow the spread of the pandemic.

However, many retailers started or expanded their online presence and curbside pick-up services in response to the closures.

TD Bank economist Ksenia Bushmeneva said while spending is expected to begin to rebound in the coming months, the "where's and what's" of consumer spending is likely to differ from the pre-pandemic time.

"As we have highlighted in our recent report, consumer spending patterns have undergone quite the transformation in recent months.

"As expected, consumers are spending considerably less on travel and lodging, eating out, gasoline and clothing, but considerably more on home renovation and food. Online shopping also continues to rule the day, remaining far more prevalent than it was prior to the health crisis."

Sales were down in all 11 subsectors in April, while motor vehicle and parts dealers took the largest hit in dollar terms as the sector fell 44.3 per cent for the month.

Sales at food and beverage stores fell 12.7 per cent as supermarkets and other grocery stores saw a drop of 12.0 per cent compared with March when Canadians stocked up.

Retail sales in volume terms fell a record 25.2 per cent in April, following an 8.2 per cent drop in March, leaving them down 31.3 per cent since the onset of the pandemic

This report by The Canadian Press was first published June 19, 2020