Retail sales fell by 2.1% in May, but will likely to climb further in June: StatCan 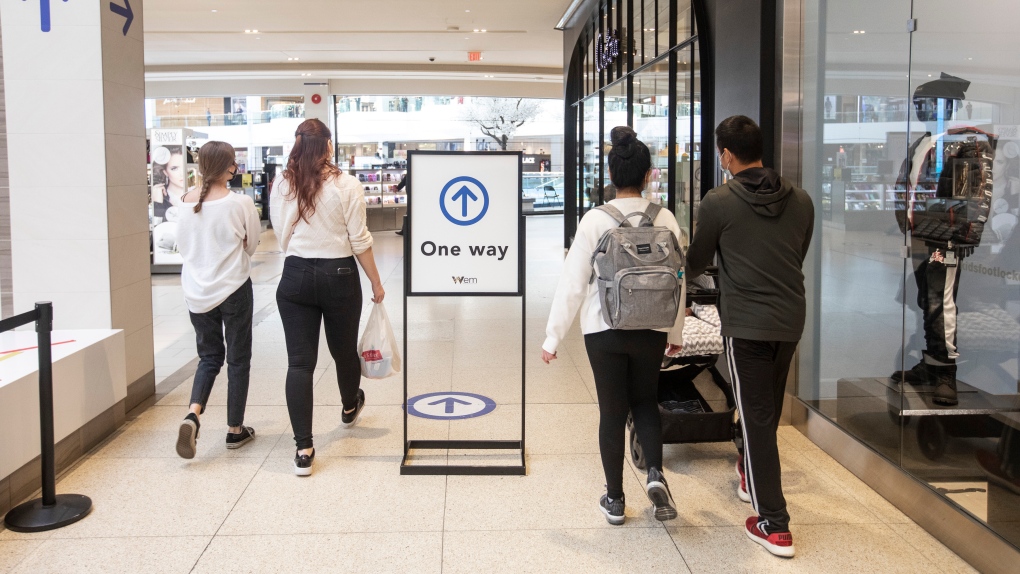 Shoppers are shown at West Edmonton Mall in Edmonton on Wednesday, December 9, 2020. Stricter restrictions are set to force retail stores to close for in person shopping starting Sunday, December 13. THE CANADIAN PRESS/Amber Bracken

OTTAWA -- Retail sales in Canada stumbled for the second month in a row after two straight months of gains, a sign of the rocky road ahead as Canada staggers out of the pandemic's economic recession.

The 2.1 per cent decline in retail sales in May came as many retailers continued to face closures amid the third wave of COVID-19, Statistics Canada said on Friday.

In a nod to the erratic economic situation, the federal agency provided an advance estimate for June retail sales, which it expects will climb 4.4 per cent as stores began to reopen.

“The decline in May sales numbers is not surprising given the ongoing shutdowns that were in place at the time, particularly in Ontario,” Retail Council of Canada spokeswoman Michelle Wasylyshen said in an email.

“The real test will be next month's numbers, which will show the effects of reopening.”

Sales decreased in eight of 11 subsectors in May, representing more than 65 per cent of the country's retail trade.

The biggest drop was recorded at building material and garden equipment and supplies dealers, which fell 11.3 per cent.

Sales in the clothing and clothing accessories category declined 11.2 per cent, with nearly a quarter shuttered for an average of six days during the month. Within the subsector, clothing stores saw an 11.6 per cent decrease in sales, falling to their lowest level since May 2020.

“Apparel sales have continued to languish throughout the pandemic and have been largely impacted by changes in consumer behaviour,” Wasylyshen with the retail council said. “We are hopeful that this sector will rebound in the months ahead as offices reopen and people return to work.”

Meanwhile, the motor vehicle and parts industry experienced a 2.4 per cent decrease in May.

Receipts rose 0.8 per cent at food and beverage stores and 0.9 per cent at businesses selling gasoline.

Statistics Canada said 5.6 per cent of retailers used to calculate its monthly numbers were closed at some point in May, compared with about 5 per cent the month before.

This report by The Canadian Press was first published July 23, 2021.