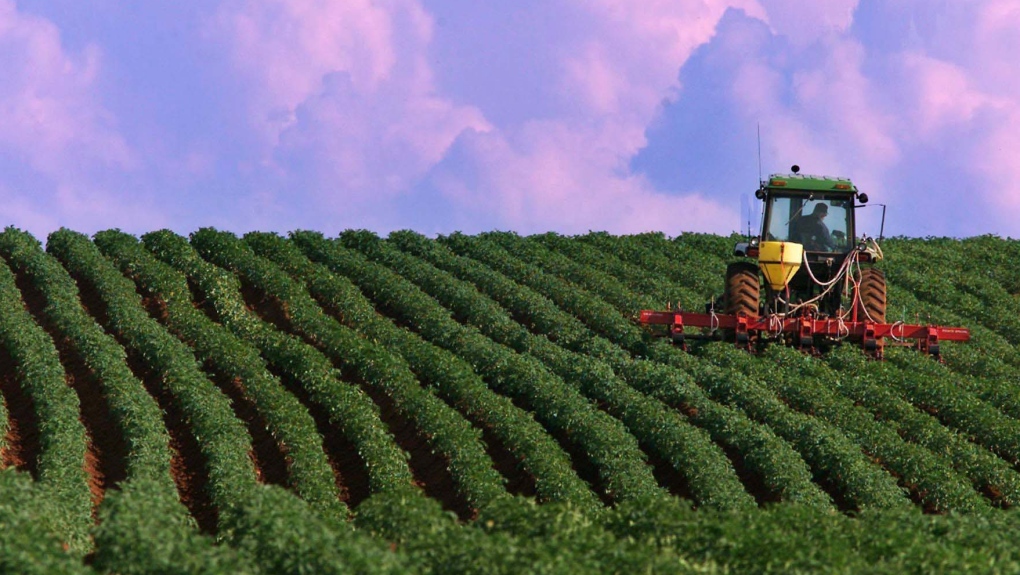 Farming needs to change to help save the climate and farmers themselves, says a national agriculture group.

A report released Wednesday by the National Farmers Union concludes that some elements of old-fashioned mixed farming combined with the latest technology can reduce greenhouse gas emissions and keep more farm families on the land.

"The climate crisis and the farm crisis really share many of the same causes," said farmers union president Katie Ward, who raises about 100 head of sheep near Ottawa.

The report attempts to link growing greenhouse gas emissions from agriculture with changes to the industry that have seen it get bigger, more expensive and open to fewer and fewer farmers. Farm debt has doubled since 2000, the report says, and most farm family income now comes from work elsewhere.

She points to the high price of farm inputs such as fuel and fertilizer, both of which are petroleum products. Inputs soak up 95 per cent of farm revenues, says the report.

Agriculture generates about eight per cent of Canada's greenhouse gas emissions. The report suggests ways those emissions can be cut in half by 2050.

It says biofuels and electrification would cut emissions and costs -- electric tractors are already being developed. On-farm renewable power generation would help. So would more efficient use of farm inputs, aided by technology.

But what really needs to happen is a move away from big-money, big-acreage, big-machine farming, the report concludes.

Keeping inputs to a minimum and tilling the soil as little as possible would reduce emissions and leave more revenues for farmers, said Ward. That would let them make a living on smaller holdings.

"We're not talking about going back to 'Little House on the Prairie.' But there's absolutely a reason why natural systems have evolved the way they have and the equilibrium that's found there. There's a lesson there for farmers to take."

Keith Currie, vice-president of the Canadian Federation of Agriculture, agreed consumers are looking for low-impact agriculture.

But, he added, the economic drivers of agriculture right now aren't going away.

"There's room for all types of farms," said Currie, who grows grains and oilseeds near Collingwood, Ont. "Being more diverse lowers the risk.

"But the reality is we're being squeezed as producers by the consumer, who wants the cheapest food possible. Running a small farm, they're just not profitable enough to earn a living off."

Something's got to change, said Colin Laroque from the College of Agriculture at the University of Saskatchewan.

"We've worked ourselves into a real interesting pickle, making our farms so big and cutting that economic line so close."

Sustainability relies on social and environmental factors as well as on money, said Laroque. But margins are so close that economics drives decision-making.

"The environment and social aspect has to be there, too, or the house of cards falls apart. Economics are leading the decisions rather than what's good for my land."

All agree that change must be driven, at least in part, by government policy.

Said Laroque: "If (government) doesn't incentivize it somehow, there's no reason to change and the banks will keep winning and the farmers will keep buying the big equipment."