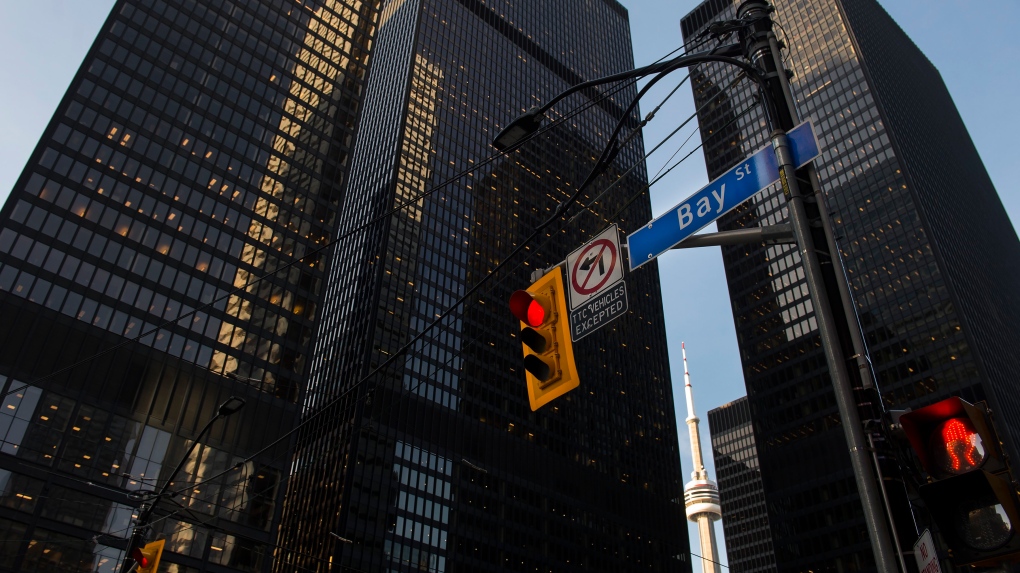 A red light on Bay Street in Canada's financial district is shown in Toronto on Wednesday, March 18, 2020. THE CANADIAN PRESS/Nathan Denette

It says the formula could be automatically adjusted every year, giving workers and employers greater certainty over future wages.

The conference board says the minimum wage formula could be tailored to local economic conditions and adjusted within different regions of a province, similar to how employment insurance benefits are set.

The report says Canada's low unemployment rate and high number of job vacancies makes it an ideal time to change how minimum wages are set.

It says there is evidence that higher minimum wages reduce labour turnover -- typically more an issue during a labour crunch -- which is a "considerable burden to employers in the form of training costs and lost productivity."