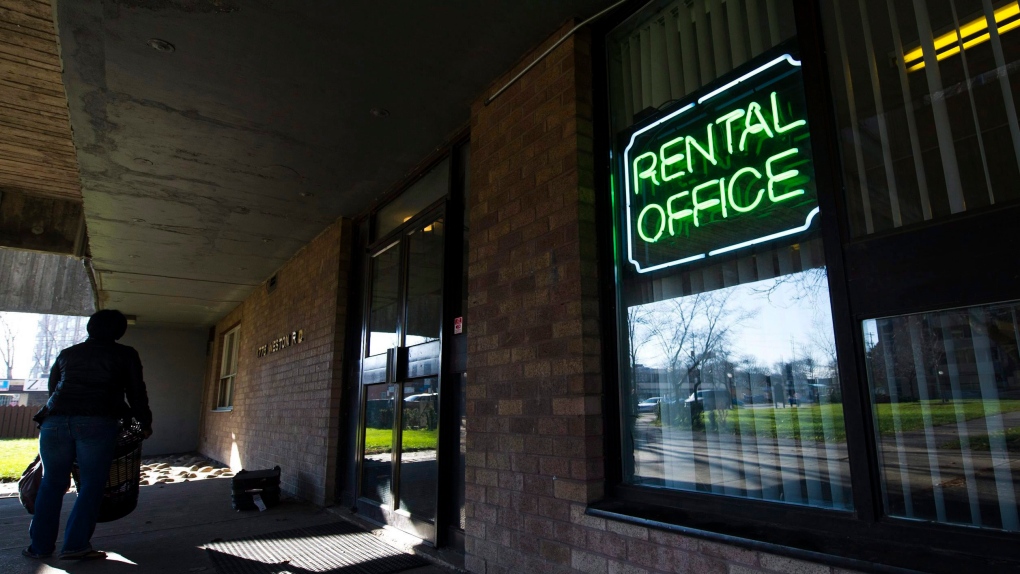 An apartment building rental office is shown in Toronto on Thursday, Dec. 1, 2011. THE CANADIAN PRESS/Nathan Denette

OTTAWA -- Canadians hunting for an apartment are feeling the squeeze as rental availability dropped for the third straight year to reach a 17-year low, the Canada Mortgage and Housing Corp said Wednesday.

The squeeze helped push up average rents by 3.9 per cent for a two-bedroom rental apartment, the fastest pace of same-sample rent growth since 2001.

"It is encouraging to see more rental starts in the market. However, demand for rental still significantly outweighs the available supply," said Dana Senagama, principal market analyst in the GTA report.

The still-low vacancy rate helped push up the average rent for a two-bedroom apartment by 6.1 per cent to $1,562, while a two-bedroom condo rental averaged $2,476.

CMHC said that despite record construction of new units in the area, strong demand for rental accommodation resulted in continued low vacancy rates and higher rents across Metro Vancouver.

Montreal's vacancy rate declined to 1.5 per cent from 1.9 per cent a year earlier to reach the lowest rate in 15 years. The average rent for a two-bedroom apartment was $855.

Prairie cities saw much higher vacancies for dedicated rentals, including Regina at 7.8 per cent, Calgary at 3.9 per cent, and Winnipeg at 3.1 per cent. While Calgary's vacancy rate was unchanged, it saw an overall average price increase of 1.7 per cent, with two-bedroom apartments going for an average of $1,305.

CMHC conducted the annual rental apartment survey for urban areas over 10,000 in October, while secondary rental condo market numbers for 17 markets were gathered in September.