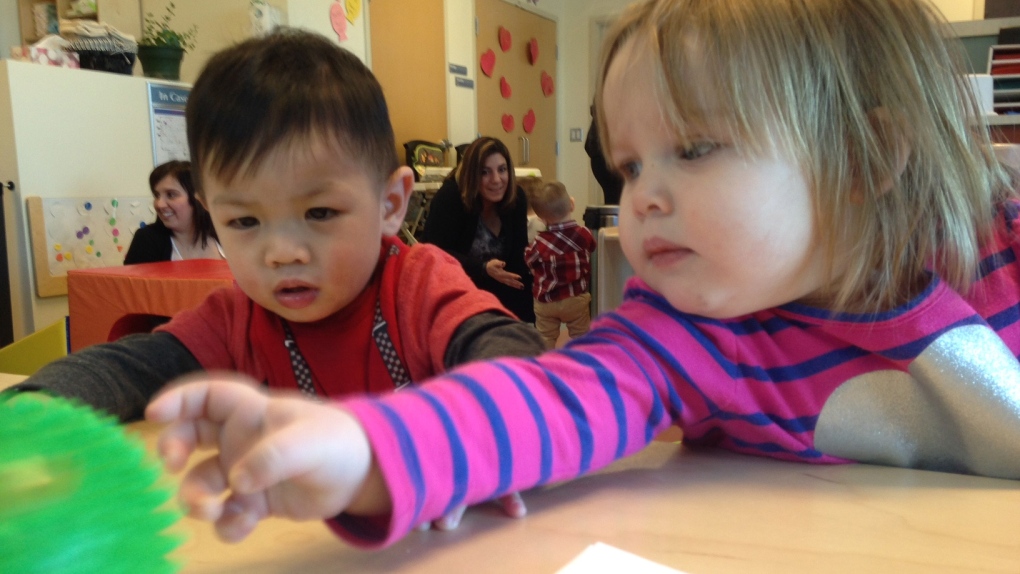 Poloz says women represent the largest source of economic potential and he credits Quebec's child-care program for raising prime-age female workforce participation from 74 per cent 20 years ago to about 87 per cent today.

OTTAWA -- The head of the Bank of Canada is pointing to Quebec's child-care policies as possible tools to boost the entire Canadian economy, thanks to their potential to unlock the greatest untapped resource in the labour force: women.

He showed he's put some thought into the possible benefits of a comparable pan-Canadian approach.

Poloz credited the province's subsidized programs for raising prime-age female workforce participation to about 87 per cent, up from 74 per cent 20 years ago. In comparison, he said about 83 per cent of prime-age women participate in the national workforce.

"The provincial government identified barriers that were keeping women out of the workforce and they acted to reduce them," Poloz said in his address at Queen's University.

"If we could simply bring the participation rate of prime-age women in the rest of Canada up to the level that they have in Quebec, that would add almost 300,000 people to our country's workforce."

Poloz added that the central bank has no role in implementing specific policies designed to break down labour-force obstacles. Governments, not the bank, are responsible for such policies.

He noted the federal government's budget last month made commitments aimed at increasing the labour-force participation of women.

Finance Minister Bill Morneau's budget announced an option that will give new parents the ability to share either five or eight additional weeks of leave following the birth of a child, provided they also share the job of caring for the baby. The measure is expected to cost $1.2 billion over five years.

However, some economists and critics have said while the budget moved in the right direction when it comes to raising female labour-force participation, its failure to announce steps towards national affordable child care likely means a significant number of women will remain out of the workforce.

The Liberal government made promises in previous budgets to spend $7.5 billion over 11 years to help ease the burden of child-care costs. Part of the goal of the funding was to create 40,000 new, subsidized daycare spaces countrywide over three years.

But child-care advocates have said it's not enough. Before the budget, they asked Ottawa to raise its spending to $1 billion annually to match what the Paul Martin Liberals promised more than 10 years ago.

In his address, Poloz pointed to other under-represented demographic groups that could help the economy. He said encouraging more of these people into the workforce would enable Canada to permanently raise its growth capacity without generating higher inflation.

Combined with women, he said assisting more young people, Indigenous peoples, recent immigrants and Canadians living with disabilities to enter the job market could help the labour force expand by half a million people. By his estimate, that kind of workforce injection could raise the country's output by $30 billion per year or 1.5 per cent.

"That's equal to a permanent increase in output of almost $1,000 per Canadian every year, and that's even before you factor in the possible investment and productivity gains that would come with such an increase in labour supply," he said.

"Clearly, that's a prize worth pursuing."

When it comes to the potential of Quebec-style child care, a 2012 academic study on the provincial system estimated it had allowed 70,000 more mothers with children under the age of 14 to hold jobs in 2008 than would have otherwise been the case. The estimated four-per-cent increase in the province's female labour force gave the provincial economy a 1.7 per cent boost.

Internal federal analyses, previously obtained by The Canadian Press under the access to information law, have suggested a similar effect could be had nationally, particularly during a period of strong economic growth that would increase labour demand.

"The cost of child care traps many parents in a financial straitjacket," Singh said in a statement Tuesday to The Canadian Press. "Parents are forced to choose between giving up a source of income or paying as much as $2,000 a month for child care."

Singh said the government has chosen a "timid" approach that is not universal, fails to lower costs significantly and delays funding ten years down the line.