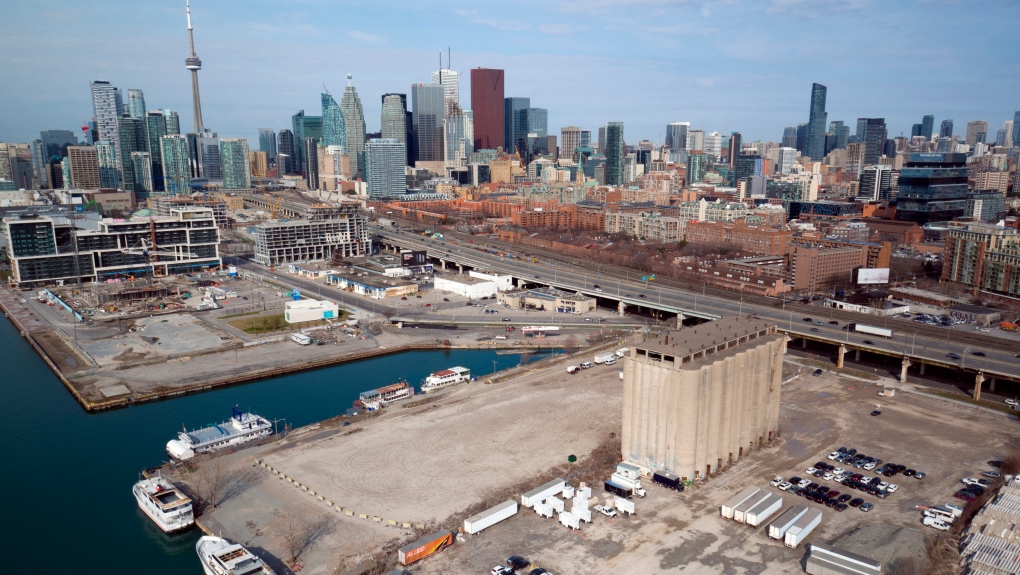 TORONTO -- Heated streets will melt ice and snow on contact. Sensors will monitor traffic and protect pedestrians. Driverless shuttles will carry people to their doors.

A unit of Google's parent company Alphabet is proposing to turn a rundown part of Toronto's waterfront into what may be the most wired community in history -- to "fundamentally refine what urban life can be."

Sidewalk Labs has partnered with a government agency known as Waterfront Toronto with plans to erect mid-rise apartments, offices, shops and a school on a 12-acre (4.9-hectare) site -- a first step toward what it hopes will eventually be a 800-acre (325-hectare) development.

But some Canadians are rethinking the privacy implications of giving one of the most data-hungry companies on the planet the means to wire up everything from street lights to pavement. And some want the public to get a cut of the revenue from products developed using Canada's largest city as an urban laboratory.

"The Waterfront Toronto executives and board are too dumb to realize they are getting played," said former BlackBerry chief executive Jim Balsillie, a smartphone pioneer considered a national hero.

Complaints about the proposed development prompted Waterfront Toronto to re-do the agreement to ensure a greater role for the official agency, which represents city, provincial and federal governments.

So far the project is still in the embryonic stage. After consultations, the developers plan to present a formal master plan early next year.

Dan Doctoroff, the CEO of Sidewalk Labs, envisions features like pavement that lights up to warn pedestrians of approaching streetcars. Flexible heated enclosures -- described as "raincoats" for buildings -- will be deployed based on weather data during Toronto's bitter winters. Robotic waste-sorting systems will detect when a garbage bin is full and remove it before raccoons descend.

"Those are great uses of data that can improve the quality of life of people,' he said. "That's what we want to do."

Sidewalk Labs promotional materials promise "a place that's enhanced by digital technology and data, without giving up the privacy and security that everyone deserves."

Doctoroff said the company isn't looking to monetize people's personal information in the way that Google does now with search information. He said the plan is to invent so-far-undefined products and services that Sidewalk Labs can market elsewhere.

"People automatically assume because of our relationship to Alphabet and Google that they will be treated one way or another. We have never said anything" about the data issue, he said. "To be honest people should give us some time. Be patient."

But that wasn't good enough for Julie Di Lorenzo, a prominent Toronto developer who resigned from the Waterfront Toronto board over the project. Di Lorenzo said data and what Google wants to do with it should be front and centre in the discussions. She also believes the government agency has given the Google affiliate too much power over how the project develops.

"How can (Waterfront Toronto), a corporation established by three levels of democratically elected government, have shared values with a limited, for-profit company whose premise is embedded data collection?" Di Lorenzo asked.

Di Lorenzo asks who will own the autonomous vehicles. "Is the municipality maintaining the fleet or forcing you to share your vehicle?" She also asks if people who don't want their data collected will be allowed to live there.

The concerns have intensified following a series of privacy scandals at Facebook and Google. A recent Associated Press investigation found that many Google services on iPhones and Android devices store location-tracking data even if you use privacy settings that are supposed to turn them off.

"It gives all of us pause," Waterfront board chair Helen Burstyn acknowledged.

Bianca Wylie, an advocate of open government, said it remains deeply troubling that Sidewalk Labs still hasn't said who will own data produced by the project or how it will be monetized. Google is here to make money, she said, and Canadians should benefit from any data or products developed from it.

"We are not here to be someone's research and development lab," she said, "to be a loss leader for products they want to sell globally."

Ottawa patent lawyer Natalie Raffoul said the fact that the current agreement leaves ownership of data issues for later shows that it wasn't properly drafted and means patents derived from the data will default to Google.

"We just can't be too trusting of corporations," she said.

But Burstyn, the Waterfront Toronto chair, said the upcoming master plan will address data concerns. The agency wants to make Toronto a global hub of a rising new industry, she said.

"Everybody gets worried about the digital and technology aspects that might run amok," she said. "I don't worry about that as much as I see the opportunities for developing a really interesting, innovative community."

Adam Vaughan, the federal lawmaker whose district includes the development, said debate about big data and urban infrastructure is coming to cities across the world and he would rather have Toronto at the forefront of discussion.

"Google is ahead of governments globally and locally. That's a cause for concern but it's also an opportunity," Vaughan said.

The comments made by critics of our project are premature and completely false.

We have been working closely with all three levels of government and the people of Toronto to develop a groundbreaking plan for an underused part of the Waterfront. It is our hope that this plan will eventually lead to transforming the area into the most innovative, sustainable, affordable and forward-looking neighbourhood in the City. We have committed to working with Torontonians every step of the way, including on ensuring that this plan respects people’s privacy and data. To do that, we’ve consulted with thousands of Torontonians - and we’ll continue to do that to get it right.

We believe the work we are undertaking will make a very real, positive impact on people’s lives and we look forward to sharing a more detailed plan over the coming months.