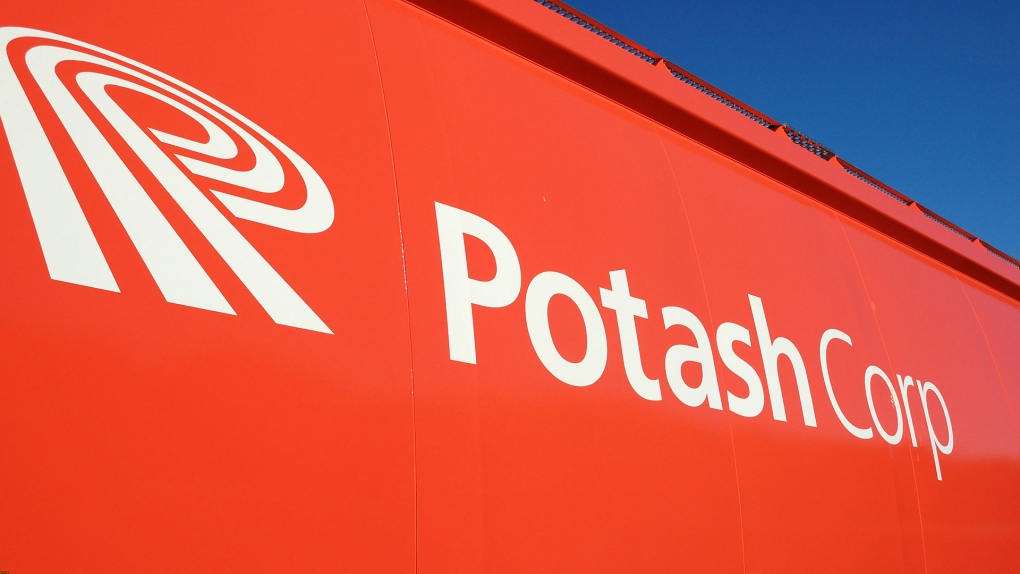 SASKATOON -- Potash Corp. of Saskatchewan (TSX:POT) says it achieved record sales volumes for a third quarter, but saw its profit fall from last year due to weaker prices for the three major types of fertilizer that it produces.

The company, which keeps its books in U.S. dollars, said for the three months ended Sept. 30 it earned $81 million or 10 cents per share, including $6 million in costs associated with its proposed merger with Agrium Inc. (TSX:AGU).

In last year's third quarter, PotashCorp's net income was more than three times higher at US$282 million or 34 cents per share.

In addition, nitrogen markets remained at multi-year lows and phosphate markets were subdued.

"Supported by improved market fundamentals, spot prices have increased by approximately 15 per cent from the lows experienced earlier in the year," PotashCorp chief executive Jochen Tilk said of the potash markets.

"We will continue with a disciplined approach to our operations and the markets and expect favourable consumption trends and lower inventories to lead to stronger demand in 2017."

PotashCorp and Agrium announced a deal last month to create what they say will be the largest crop nutrient company in the world.

The companies have said that they expect to find some US$500 million in annual savings once the merger is complete.

"The support expressed by shareholders has been very encouraging, with early vote results overwhelmingly in favour of the merger and positive recommendations from leading independent proxy advisory firms ISS and Glass Lewis," Tilk said Thursday.

"We look forward to realizing the value that is unlocked through this transaction."