PepsiCo to sell Tropicana, other juices, in US$3.3B deal 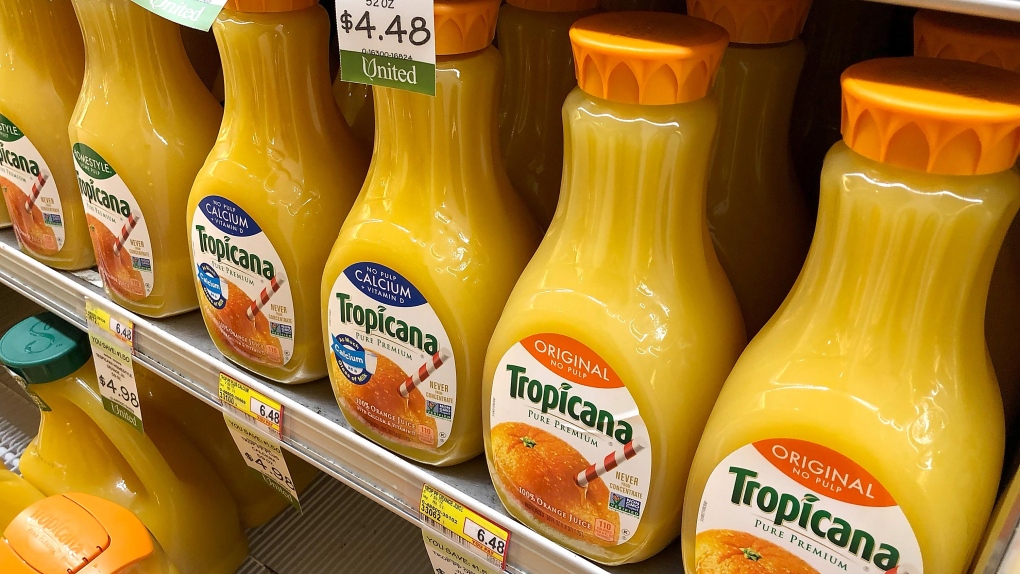 PepsiCo will sell Tropicana and other juices to a private equity firm in a US$3.3 billion deal.

The New York drink and snack company will keep a 39% non-controlling stake in a newly formed joint venture in the deal with PAI Partners.

"This deal reflects the desire of the industry to focus and innovate around a smaller core of categories and brands, including water, energy drinks, coffee and the staple carbonated soft drinks," Telford said.

U.S. juice sales volumes actually rose last year as more people enjoyed breakfast at home during the pandemic and sought the immunity benefits of vitamin C, Telford said. But that was a blip in a longer-term decline. Overall juice sales fell 3% between 2015 and 2020, the data firm said.

Juice consumption in the U.S. peaked in 2003 at 4.2 billion gallons, but by 2017, that had fallen to 3 billion gallons, wrote Brian Sudano, the managing partner of Beverage Marketing Corp. The group does not see that trend changing.

Pepsi rival Coca-Cola Co. has also been shedding slow-selling brands, including Odwalla and Zico juices, over the last year so it can focus on stronger performers. But Coke is holding on to its Minute Maid and Simply juice brands for now.

The juice business delivered about $3 billion in revenue for PepsiCo last year, but at operating profit margins that were below the company's overall margins, it said. In its annual report, Pepsi said falling juice sales offset gains for other products in North America, including water, sports drinks like Gatorade and energy drinks like Propel.

PepsiCo Chairman and CEO Ramon Laguarta said in a prepared statement Tuesday that the deal "will free us to concentrate on our current portfolio of diverse offerings, including growing our portfolio of healthier snacks, zero-calorie beverages, and products like SodaStream."

PepsiCo bought Tropicana in 1998 and the Naked juice brand, also part of the sale Tuesday, about 10 years later. It was heading in another direction by 2018 when it bought SodaStream, the carbonated drink machine company, for more than $3 billion.

PepsiCo Inc., based in New York, has the option to sell certain juice businesses in Europe.

The deal is expected to close late this year or early next year.