Pence steps up pressure for trade deal with Mexico, Canada 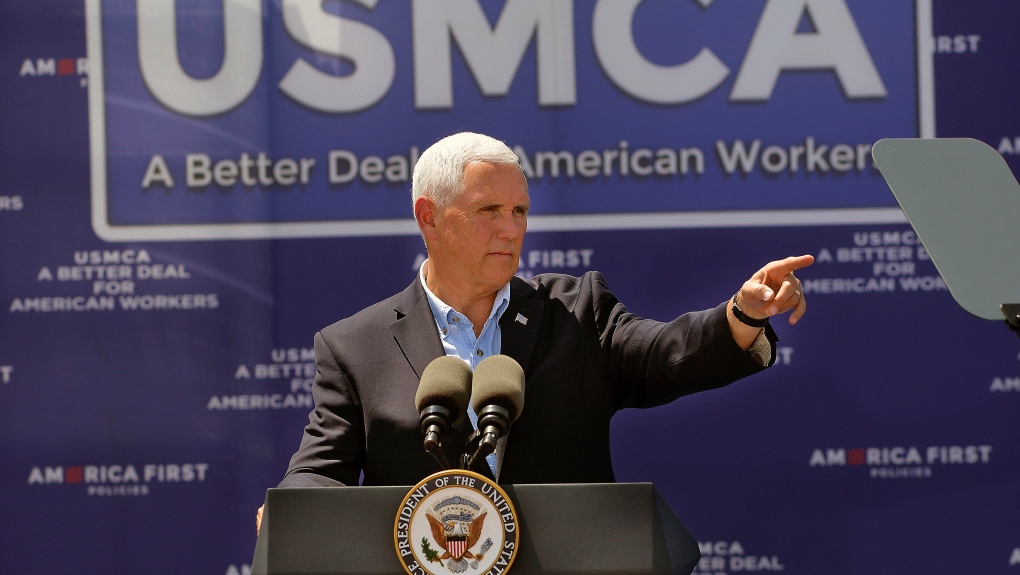 Speaking to a crowd at an oilfield services company in the Permian basin that straddles New Mexico and Texas, Pence linked the future prosperity of the U.S. energy sector to approval this year of the U.S.-Mexico-Canada Agreement.

He suggested the trade deal would result in more infrastructure to move energy from the U.S. to Mexico, without specifying whether that might mean pipelines or transmission wires.

"We need to pass the USMCA and that's going to open the door to a boundless future of American energy," Pence said, urging the audience to contact the state's all-Democratic House and Senate delegation.

However, crucial enabling legislation requires approval from the U.S. House and Senate, including House-majority Democrats who want greater concessions on labour and environmental provisions as the window for compromise narrows. Democrats are reluctant to hand Trump a major trade victory in the run-up to 2020 election.

Pence's intermittent campaign for the trade pact also has taken him to York, Pennsylvania, where in June he implored an audience of engineers, tradespeople and salespeople to push Congress to approve the pact. York County voted for Trump by a nearly 2-1 ratio in 2016, but the GOP's performance suffered inlast year's midterms.

William Reinsch, a senior adviser on international business with the Center for Strategic and International Studies, said Pence appears to be on a pragmatic path in rallying local business and community leaders to the trade-pact cause -- while members of Congress are at home on recess.

Pence's next stop in promoting the trade agreement is Salt Lake City, where he'll speak Thursday in the only Democrat-controlled congressional district in the state. In 2018, Democrat Rep. Ben McAdams narrowly unseated Republican incumbent Mia Love in the district.

Accompanying Pence on Wednesday were Interior Secretary Wilbur Ross and Commerce Secretary David Bernhardt, who also made brief remarks in praise of the trade deal.

The speaking engagement was one in a series being hosted by America First Policies, a non-profit founded to support Trump's policy agenda.

In the district visited by Pence, U.S. Rep. Xochitl Torres Small was the victorious Democrat in 2018. She has cut a centrist profile in border security discussions and cast a vote against a $15 federal minimum wage while stockpiling roughly $1 million in campaign cash to defend her seat in 2020.

Her office did not immediately respond to questions about her stance on the trade agreement or possible amendments.

Trump has tried to sell the trade deal as a replacement for the 25-year-old North America Free Trade Agreement that he criticized as a presidential candidate. The new trade deal has long-sought updates for the new digital economy and some labour protections.

Pence seized on the presence of oil-industry workers and executives Wednesday to highlight Trump administration efforts to roll back federal environmental regulations and boost employment prospects in the critical location for U.S. oil and gas exploration.

"We have to reject the radical climate change agenda that is wanting to turn America's energy clock backward," Pence said.