Pattie Lovett-Reid: Why you should pay attention to the Bank of Canada's interest rate announcement 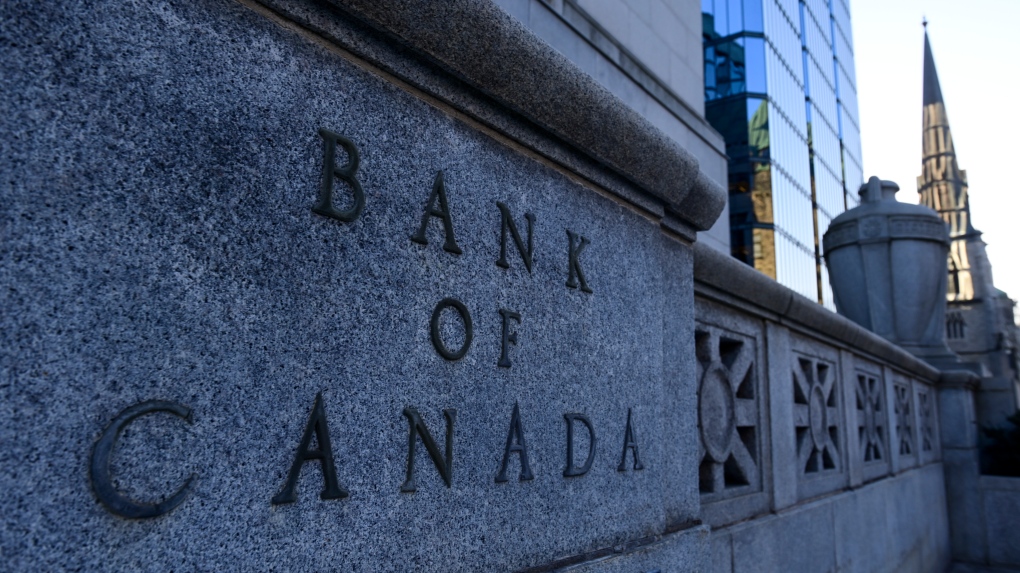 The Bank of Canada in Ottawa on Tuesday, Dec. 15, 2020. THE CANADIAN PRESS/Sean Kilpatrick

HUNTSVILLE, ONT. -- The Bank of Canada has an interest rate announcement on Wednesday and I think we all should be listening closely and here's why.

The pandemic has knocked many Canadians off their feet with a significant blow to their financial lives. The last 15 months for some has been challenging, for others devastating, and for some a real boon.

There are Canadians who are thriving and others barely surviving, financially speaking.

So why should you care about the Bank of Canada announcement? As the economy continues to improve, rates will move higher, and for those who are living with debt, mortgages or even paycheque to paycheque, payments will get a lot more expensive.

The good news is that we are starting to see a light at the end of the tunnel as provinces begin to open up and employment ticks higher. In fact, the number of Canadians encouraged enough to go out and look for work was reflected in the recent Labour Force Survey and increased enough to translate into a decline in the unemployment rate from 8.2% to 7.8%.

Our economic growth is largely on track for approximately 6% and while inflation has been a concern and some prices continue to be higher we will likely hear it is temporary.

In other words, there is solid reason to be cautiously optimistic that our economy will continue to grow, job growth will be supported and vaccination levels will progress.

Eventually, rate hikes will be coming. By eventual I mean, the estimate remains sometime in the second half of 2022. So you do have time but the clock is ticking.

Higher rates will make your loans and mortgages more expensive and for areas with extremely high-priced real estate such as Toronto and Vancouver this could mean hundreds of dollars more on your mortgage payment. This will also mean higher payments for lines of credit and even student loans.

Higher rates will be good news for savers who have earned next to nothing on savings, guaranteed investments, and the fixed-income investments like bonds.

However, as job opportunities increase for those unemployed in hard-hit sectors such as hospitality or retail, now is the ideal time to get your financial house in order. For others who have been part of the real estate craze you, too, could be in for a shock that is hard to absorb if you are sitting with a variable rate mortgage.

But before you panic, according to Ratehub.ca the lowest five-year variable rate mortgage in Canadian history now stands at .98%. This could provide significant savings and has widened the gap between fixed and variable rates - 1.74% or 0.76 higher than the best variable rate.

So if you are in a variable rate mortgage the prudent strategy would be to tuck your savings away in an emergency fund and watch the bond market closely for signs that rates are headed higher. Locking in your mortgage could be peace of mind for house-poor Canadians.

The good news is you likely still have some time. This means the Bank of Canada would have to raise rates three times to nearly equal the best fixed rate right now.

Come Wednesday I will be listening closely to what the Bank of Canada Governor Tiff Macklem has to say about the state of the economy and I encourage you to closely examine your financial status so it lines up with a higher rate environment down the road.

As signs of improvement sprout we should be encouraged, but now is not the time to be complacent.