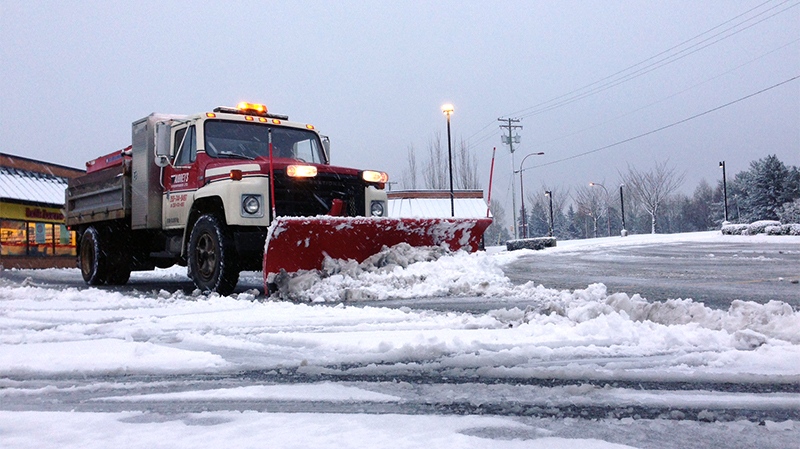 Environment Canada has issued snowfall warnings for the Cariboo, Chilcotin and 100 Mile regions, as well as Yoho and Kootenay Parks, and for mountain passes through the Shuswap, north and east Columbia.

As much as 30 centimetres could blanket the two parks and the mountain passes of southeastern B.C., while accumulations of 15 to 20 centimetres are forecast in the other areas by Tuesday.

The snowy weather arrives on the same day as winter tire regulations come into force across the province, requiring vehicles to be equipped with appropriate winter tires on specific highways across the North, Interior, South Coast, and Vancouver Island.

Drivers whose vehicles don't have tires with either the M+S or mountain/snowflake symbol could face a fine of $109 dollars.

Elsewhere, rainfall warnings remain in effect for Greater Vancouver and Howe Sound, as the weather office calls for up to 50 millimetres of rain through the day, raising the potential for localized flooding in low-lying areas.