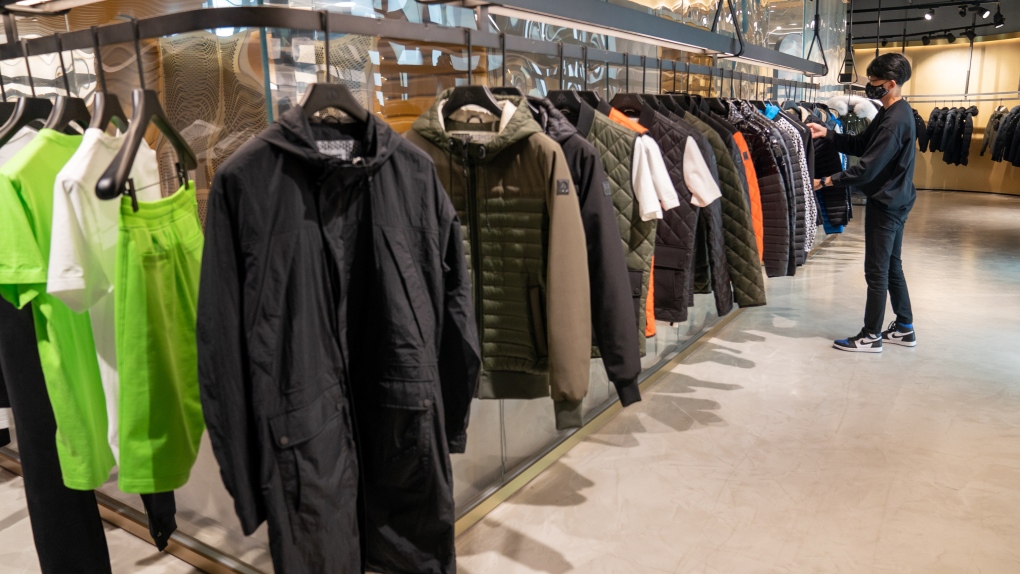 He describes the luxury apparel market as a three-legged stool: Handbags, footwear and - the up-and-comer - outerwear.

It's that last leg that has industry veteran Victor Luis investing in Canadian upscale parka and sportswear brand Moose Knuckles.

“Outerwear is a $10 billion or more global opportunity that is highly fragmented,” says Luis, the former CEO of Tapestry, Inc., parent company of luxury apparel juggernauts Coach, Kate Spade and Stuart Weitzman, in a video interview from New York.

“There's a lot of little brands but only one or two big brands. The opportunity for us to take market share and grow with the tremendous amount of energy that is behind the category and truly become a leader in the space is very substantial.”

Luis was named executive chairman of Moose Knuckles earlier this month after making a “significant investment” in the private company, joining institutional investor Cathay Capital as an operating partner.

For co-CEOs Noah Stern and Ayal Twik, the financial backing from a titan of fashion serves as a vote of confidence in the brand.

“To be able to attract someone of Victor's pedigree and obvious talent and most importantly passion is an affirmation to us and the brand of what we've been able to accomplish thus far,” Twik says.

Moose Knuckles has grown by 50 per cent for the last five years, with a nearly triple-digit increase in direct-to-consumer sales in the past year alone.

It's also steadily building out its own standalone retail locations. Moose Knuckles opened its flagship store at Toronto's Yorkdale Shopping Centre in 2017 - right across from competitor Canada Goose - and now has 11 brick-and-mortar locations.

While the brand operates in the same space as companies like Canada Goose and Nobis, Moose Knuckles markets to a more “youthful audience,” Twik says.

“We're an edgy brand,” says Twik, who got his start sweeping floors and stocking shelves at his family's wholesale apparel business in Montreal's garment district.

“We saw luxury outwear getting quite strong and we saw a position where we could take it in a more youthful and irreverent way.”

The idea is to make outerwear that serves as “the new handbag” for the next generation of luxury shoppers, he says.

Part of the equation is perfecting its parkas, jackets and bombers.

The challenge for the company's design and engineering team was to make the warmest coat on the market that doesn't look like a sleeping bag, Stern says.

“They found a way to deliver what is rated as the warmest parka among our competition in the world,” says Stern, who started in the apparel industry at the age of eight working in the shipping room of his family's Winnipeg outerwear factory.

“But it still has a very sexy, modern, tailored fit.”

The parkas range in price from $995 all the way up to $1,424 for the women's Mont Joli parka, which comes with a 24K gold-plated Moose Knuckles logo.

The company's sportswear starts at about $120 for a T-shirt or hat up to about $390 for a zip-up hoodie sweater.

But beyond the design and construction of the apparel is the brand's youthful appeal and cheeky image, qualities it cultivates through influencers, social media and carefully crafted marketing campaigns.

For example, Moose Knuckles has tapped musical artists such as American rapper Young Thug and singer Kehlani to take part in recent campaigns.

“We're constantly trying to drive relevance culturally with those people that are our fans,” Luis says.

While Moose Knuckles' advertising is savvy, growth has also happened organically by word-of-mouth, especially in Asia.

The company's sales in China, where it currently has three stores, grew by a meteoric 1,200 per cent during the COVID-19 pandemic last year.

“There's tremendous opportunity to grow in what is the single largest market for luxury goods in the world, which is in Asia, and within Asia, of course, the opportunity being China,” Luis says.

The brand will continue to partner with department stores around the world, but is increasingly focused on building its own stores, with another 10 slated to open by the end of 2022, Stern says.

“We're able to tell a story in our own stores, a unique and all-encompassing immersive story that we can't tell when we are carried by a great retail partner,” Stern says.

Twik adds: “We're able to take that more irreverent spirit and export that to the world.”

Still, despite the company's plans to continue its rapid growth as the economy reopens from COVID-19 shutdowns, it faces many of the supply chain issues confronting the retail industry around the world.

But Moose Knuckles has a stockpile of materials in Canada that will insulate it from container shortages and other issues, Stern says.

“We'll definitely be using more air freight this year than we've ever had to use because there is that massively different and longer lead time to get goods from the factories into our warehouses.”