Under the strain of student debt, an uncertain economy and poor budgeting skills, adult children are turning to the "bank of mom and dad" for help – and the burden is draining their parents' finances, a new poll says.

The report, released by CIBC on Wednesday, suggests that 66 per cent of parents are dipping into their nest eggs in order to support their adult children. 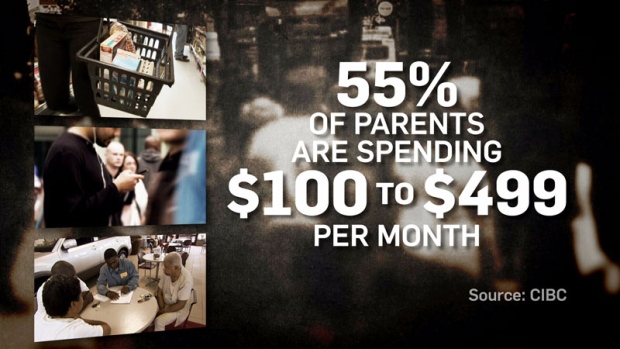 For a quarter of parents, the poll found, that means shelling out $500 or more each month to help cover their adult children’s expenses.

More than two-thirds of respondents (71%) said they helped their children by offering free room and board in the family home. About half (47%) helped with groceries and household expenses, while 35 per cent helped with cellphone bills.

And while parents chipped in to help with their children's expenses, some of them said they were chipping away at their own savings, forcing them to limit their spending and plans for the future.

"There are quite a lot of our members, indeed, who have taken out loans to help their children and grandchildren because they have a better credit rating," CARP Vice President of Advocacy Susan Eng told CTV News Channel. 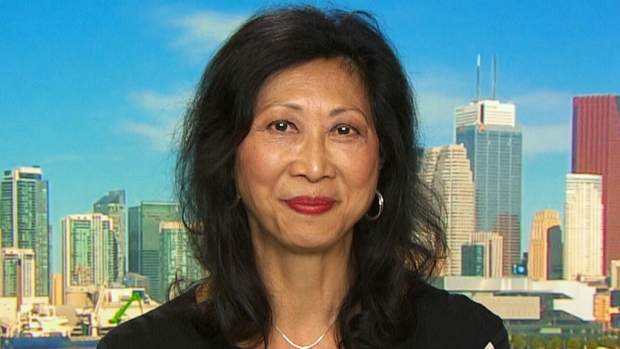 According to the CIBC poll, 47 per cent of parents said they have had to cut into their personal savings to help their children.

To ease parents' financial stress, CIBC recommends both children and parents begin monitoring their budgets and finding ways to save.

"These extra costs can be a burden that delays or prevents parents from meeting financial goals such as retirement, and that's why both parents and kids need to be mindful of their budgets," Christina Kramer, CIBC's executive vice-president of retail and business banking, said in a statement.

In order to successfully budget as adults, children need to start learning how to save early on, Eng said.

"Frankly, you need to start in school and say 'you know that machine where mommy gets her money out of the wall? It doesn't come free,'" she said.

Financial planner Shannon Lee Simmons told CTV News Channel that adult children who are dependent on their parents for financial support is becoming "the new normal."

In order to cope with the added expense, she said she tells clients that they need to "balance" their desire to support their adult children with their own security.

"We really want to make sure that these parents aren't putting their own financial safety at risk just to help their children," said Simmons.

Simmons said she has also seen a rise in parents who have been forced to delay their retirement to provide support.

"Instead of being able to retire when they want to, (they're) pushing things another five years," said Simmons.

Simmons said that parents need to determine the "absolute maximum" amount of funds that they could contribute to their children without "sacrificing (their) own financial safety."

"That's one of the biggest problems that I see with parents helping children: No one is setting boundaries, no one is setting expectations, so there's kind of this ambiguous 'We'll help you,' and no one really knows how to plan around it," said Simmons.

While a lack of financial literacy among many adult children is partly to blame, both Eng and Simmons say it isn't the only issue.

"A lot of people have been looking to 'the bank of mom and dad,' largely because it's a soft economy," Eng said. "Young people straight out of school are not going straight into jobs. Full stop."

Simmons added that many adult children have also been saddled with substantial student loans in a "tough job market."

"When you have students graduating with a ton of debt, and may not pay it off or maybe they're in school and they don’t have enough money to pay for all that --- the parents are stepping in a big way," said Simmons.

An Aug. 17 poll from CIBC found that more than one-third of students expect to graduate with more than $25,000 in debt.

The same poll suggested that almost half of students worry they won't be able to pay back their debt after graduation, or to pay for living expenses and tuition this school year.

And even those who do find work may feel the pinch of the "soft" economy, Eng said.

"A lot of families go the other way too, where people who are already working are helping out their parents," she said. "It seems that we're in the kind of economy where people can't do it on their own."