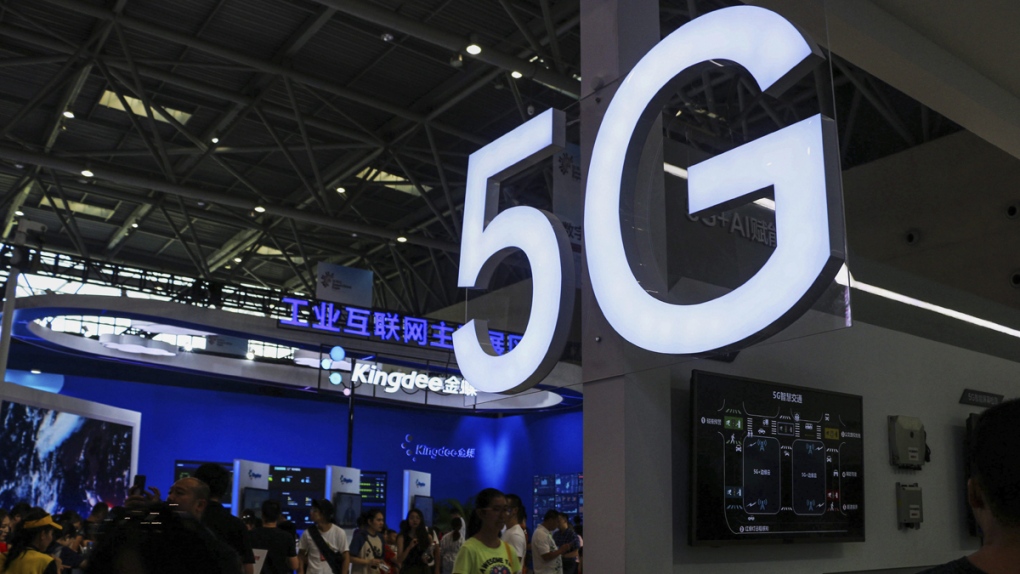 The federal government raised $8.9 billion in a licence auction for a key band of 5G wireless spectrum in results announced after the close of markets Thursday.

The 3,500-megahertz band of spectrum will be important because carriers are using it as a building block for their 5G networks. More equipment for carriers and smartphone hardware is expected to work with that frequency band.

Mid-range bands like 3,500 MHz are useful in both urban and rural areas because they have the ability to travel considerable distances and pass through buildings.

"The 3500 MHz auction is a key step in our government's plan to promote competition in the telecom sector, improve rural connectivity, and ensure Canadians benefit from 5G technologies and services," said Francois-Philippe Champagne, Minister of Innovation, Science and Industry in a statement.

"As intended, small and regional providers have gained access to significantly more spectrum, meaning that Canadians can expect better wireless services at more competitive prices, which has never been more important for working, online learning and staying connected with loved ones."

As well as Rogers, Bell and Telus, carriers gaining licences include Videotron, Xplornet and SaskTel.

Rogers won 325 licenses, the largest amount, paying a clock price of $3.3 billion that will allow them to provide service to 34 million people.

The company said its investment will allow it to reach 99.4 per cent of Canadians with 5G.

"This investment in 5G spectrum will build on our existing 5G assets and enable us to deliver the world-class connectivity Canada needs to increase productivity, fuel innovation, create jobs, and compete in a global economy for decades to come," said Joe Natale, President and CEO, Rogers Communications in a statement.

"We went into this auction with a clear plan and acquired the spectrum we need to continue driving the largest and most reliable 5G network in Canada and to deliver long-term value for our customers, shareholders and Canada."

Quebecor Inc., the parent company of Videotron, said its investments in the 5G auction were another step in its expansion outside of Quebec.

It said more than half of the investments are concentrated in southern and eastern Ontario, Alberta, Manitoba and British Columbia.

"This major investment paves the way for large-scale projects in Quebec and other Canadian provinces in the coming years," says Pierre Karl Peladeau, President and CEO of Quebecor.

"Our success in Quebec has served Quebecers well. Today, we are taking another step towards bringing leading-edge technology and healthy competition to more Canadian consumers."

Freedom Mobile, the country's fourth largest cell service provider, chose not to participate in the auction amid a takeover deal of its parent company Shaw Communications Inc. by Rogers that is awaiting regulatory approval.

In total, 1,495 out of 1,504 available licences were awarded to 15 Canadian companies, including 757 licences to small and regional providers across the country.

National and regional carriers collectively spend billions of dollars at auction to obtain licences for the spectrum they use for wireless service.

The 5G-compatible licences will allow more voice, video and data to be shared between smartphones or with other devices.

The auction was originally scheduled to take place last year but was delayed six months due to the COVID-19 pandemic.