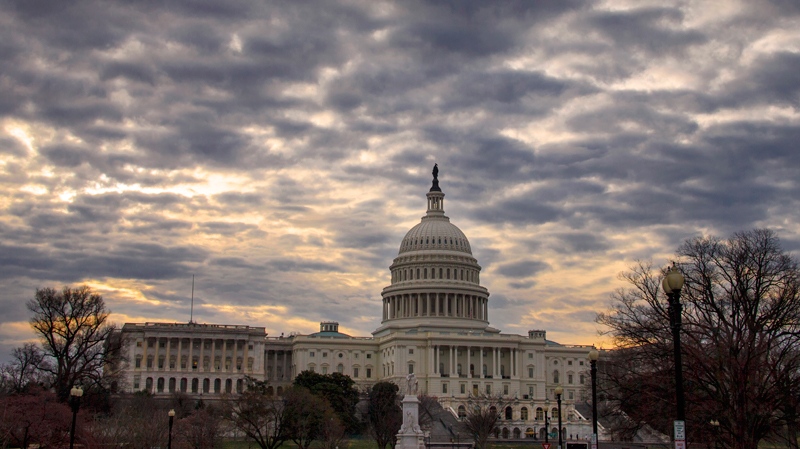 In this April 3, 2014, photo, clouds hang over the Capitol in Washington. (AP Photo/J. Scott Applewhite)

WASHINGTON - The Harper government is watching closely as the U.S. Congress opens a critical chapter in negotiations toward a massive, 12-country free-trade deal.

American lawmakers are debating a so called fast track bill that would allow talks on a Trans-Pacific Partnership trade agreement to move forward.

But Ottawa has repeatedly suggested that it won't make final concessions on the most contentious issues without a fast-track bill passing Congress.

Canada's reluctance to complete negotiations has prompted some U.S. lawmakers to muse about dumping Canada from the deal.

The U.S. wants Canada to ease tariffs on dairy and poultry imports, while increasing protections for intellectual property -- notably for pharmaceuticals.