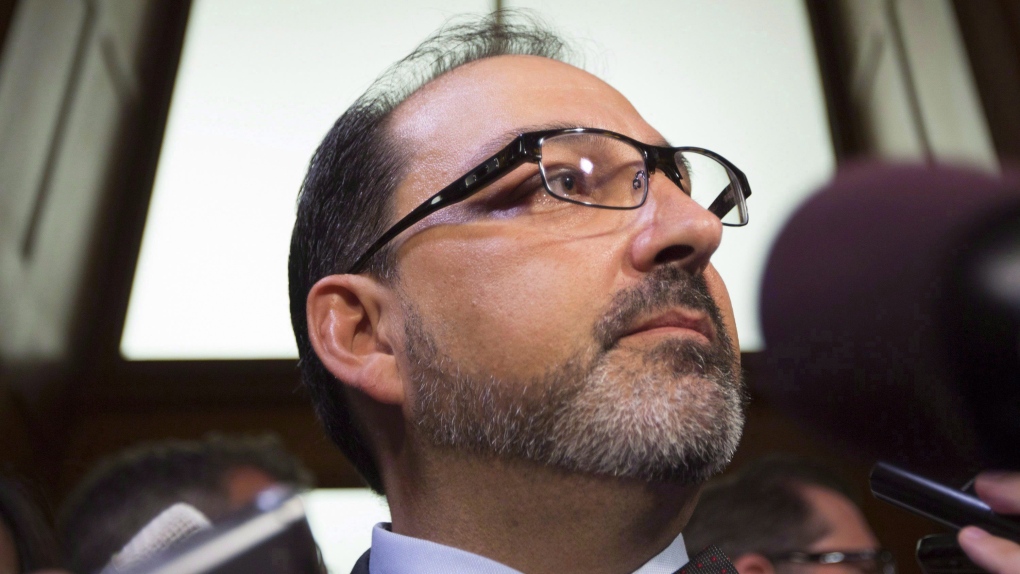 TORONTO -- Ontario is negotiating a possible agreement to buy electricity from Quebec, but the government is disputing a published report that it is preparing to sign a deal for enough electricity to power a city the size of Ottawa.

La Presse reported Tuesday that it obtained a copy of a draft, 20-year deal that says Ontario would buy eight terawatt hours per year from Quebec -- about six per cent of Ontario's consumption -- whether the electricity is consumed or not.

Ontario Energy Minister Glenn Thibeault's office said the province is in discussions to build on an agreement signed last year for Ontario to import up to two terawatt hours of electricity a year from Quebec.

But his office released a letter dated late last month to his Quebec counterpart, in which Thibeault said the offer extended in June was unacceptable because it would increase the average residential electricity bill by $30 a year.

"I am hopeful that your continued support and efforts will help to further discussions between our jurisdictions that could lead to an agreement that is in the best interest of both Ontario and Quebec," Thibeault wrote July 27 to Pierre Arcand.

Ontario would prepare a "term sheet" for the next stage of discussions ahead of the two ministers meeting at the Energy and Mines Ministers Conference later this month in New Brunswick, Thibeault wrote.

Any future agreements with Quebec will have to provide a reduction in Ontario electricity costs compared to other alternatives and demonstrate measurable reductions in greenhouse gas emissions, he wrote.

A senior energy ministry official said that is not on the table. The government has said it intends to keep operating two units at Pickering until 2022, and the other four units until 2024.

Even if the Quebec offer had been accepted, the energy official said, that power wouldn't have replaced any of Ontario's baseload power because it couldn't have been counted on 24 hours a day, 365 days a year.

The Society of Energy Professionals said Thibeault was right to reject the deal, but called on him to release the Long-Term Energy Plan -- which was supposed to be out this spring -- before continuing negotiations.

"Ontarians will not get the benefit of competition to ensure it is the best of all possible options for the province, and companies who have invested in Ontario and have employees here will not get the opportunity to provide alternatives," president and CEO Vince Brescia said in a statement. "Competitive processes should be used for any new significant system capacity in Ontario."

The Association of Power Producers of Ontario said it is concerned the government is even considering deals that would "threaten to undercut a competitive marketplace and long-term planning."

"Ontario already has a surplus of energy, so it's very difficult to see how this deal or any other sole-source deal with Quebec could benefit the province and its ratepayers," association president and CEO David Butters said in a statement.

The Ontario Waterpower Association also said such a deal with Quebec would "present a significant challenge to continued investment in waterpower in Ontario."