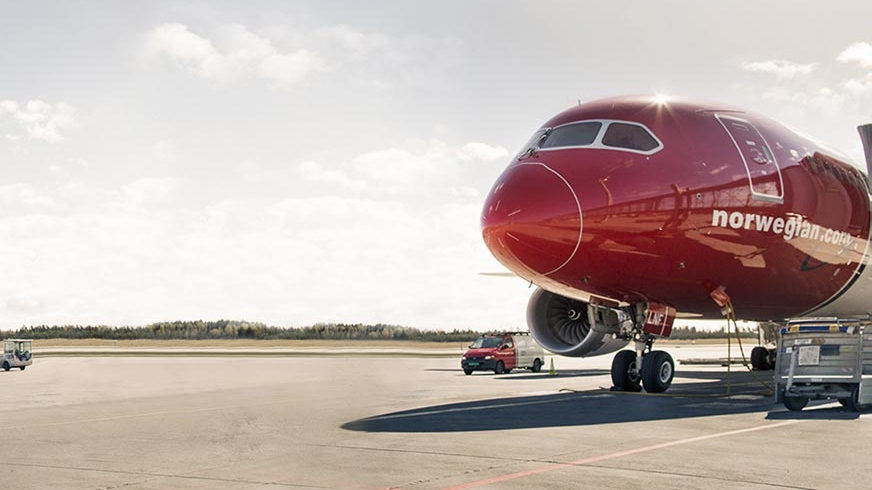 A Norwegian Air Shuttle aircraft is shown in this file photo from the airline's website.

MONTREAL -- Norwegian Air Shuttle ASA is postponing the introduction of its low-cost transatlantic service to Canada because of aircraft delivery delays.

Spokesman Anders Lindstrom says flights to Canada that were expected to start this summer are now planned to start in the summer of 2019.

He says Norwegian remains "very interested" in the Canadian market and the delay will give it more time to introduce itself to Canadian travellers.

The postponement follows a delay in the delivery of the Boeing 737-800 Max aircraft that are planned for the undisclosed routes between Europe and Canada.

The airline is expected to compete with Canadian airlines like Air Transat, WestJet Airlines and Air Canada Rouge.