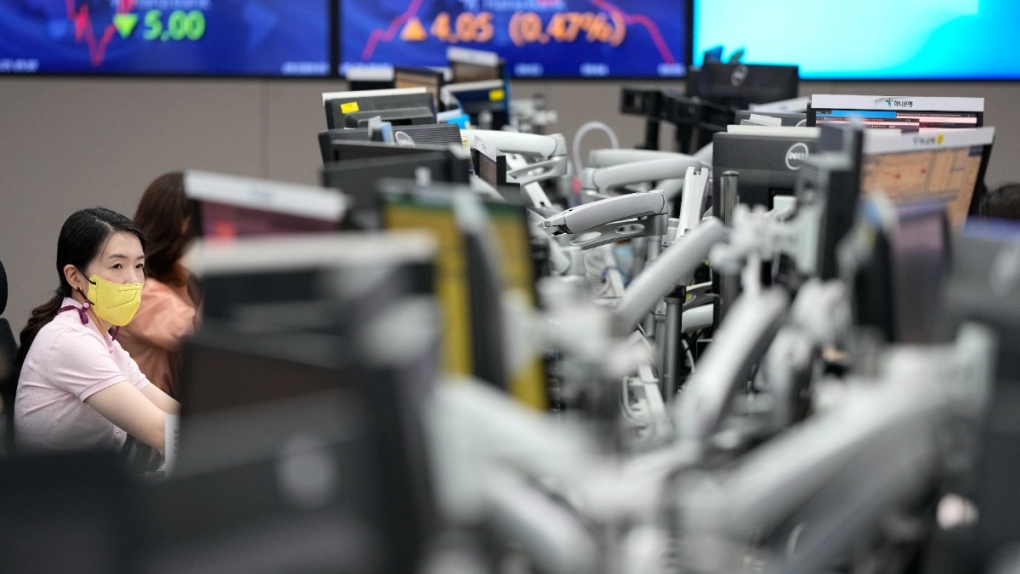 North American stock markets climbed after minutes from the last Federal Reserve meeting suggested the central bank won't be any more hawkish in aggressively raising interest rates in the months to come.

Greg Taylor, chief investment officer of Purpose Investments, said investors were relieved that Fed members indicated some three weeks ago that it doesn't want to be overly hawkish and risk crashing the market and economy.

“So it seems like a bit of a sigh of relief, and that's brought some money and short covering off the sidelines,” he said in an interview.

Taylor said there was concern that the central bank would overcompensate for not hiking interest rates sooner.

“The fear would be that they'd be super aggressive and go to 75 beeps or higher than that and really try and step on the brakes,” he said referring to efforts to cut inflation.

But everyone is getting comfortable with the idea of 50 basis point hikes at each of the upcoming two meetings and then reassess the situation, he said.

“That's something already priced in the market and that's probably a good sign.”

U.S. markets seem to have calmed down in the last few days from some really ugly market moves and big volatility after being down seven straight weeks.

Taylor said the hope is that tend will hold until the end of the week and the start of a long weekend in the U.S.

“Volumes are pretty light but it feels like they're trying to salvage the month and having a bit of bounce into the end of the month.”

He said there were “a few green shoots” with some of the most oversold parts of the market starting to act a little better. Technology, which has fallen for most of the year, bounced back midweek.

In addition, bond yields, which have been a leading indicator of problems ahead, pulled back a little.

In Canada, the tech sector was up 1.1 per cent with Lightspeed Commerce Inc. increasing 4.4 per cent, BlackBerry Ltd. up 3.1 per cent and Shopify Inc. 2.5 per cent higher.

Health care led, climbing 2.8 per cent as cannabis companies bounced back from Tuesday's steep losses with Canopy Growth Corp. up 6.3 per cent.

Energy was the second-best performer on the TSX, increasing two per cent as crude oil prices rose and natural gas climbed to an eight-year high.

Vermilion Energy Inc. increased 8.9 per cent while Enerplus Corp. was 6.3 per cent higher.

“Oil is hanging in around $110 and I think that's a big win for all these companies ... so the Canadian energy producers are up pretty big, and I think that's more just people realizing that these prices aren't going to fade away any time soon.”

The Canadian dollar traded for 77.90 cents US compared with 77.97 cents US on Tuesday.

The heavyweight financials sector had a good day after Scotiabank and the Bank of Montreal started the second-quarter off by posting strong results and raising their dividends.

Scotiabank shares increased 2.9 per cent, while BMO was down slightly.

Taylor said there was some concern after U.S. banks reported and indicated some problems controlling expenses. But those worries faded with the first two Canadian banks reporting results saying they expect to keep expense growth in the low single digits.

Industrials, materials, utilities and real estate were the day's laggards. Materials lost about a half per cent on lower metals prices.

This report by The Canadian Press was first published May 25, 2022