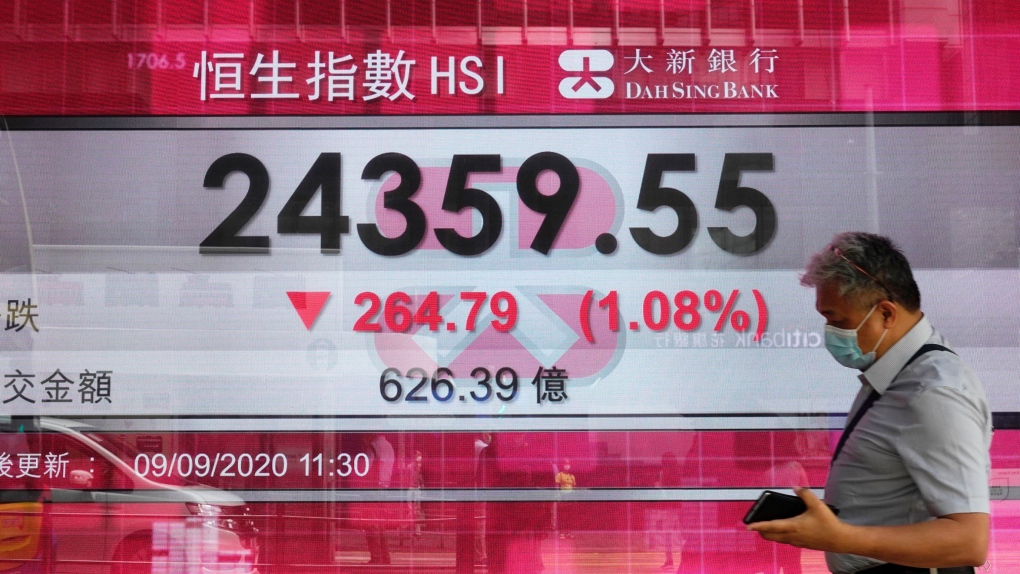 "It's just the same old story. It's the stimulus. Is it coming, is it not?," said Michael Currie, vice-president and investment adviser at TD Wealth.

The situation is getting very political with less than two weeks to go before the U.S. election.

"Everybody wants to be perceived as 'we want stimulus, and we're going to help it,"' Currie said in an interview.

A smaller US$500-billion bill in the senate was rejected by Democrats.

"The last thing they want a few days before an election is everyone in America getting a big check with Donald Trump's name on it."

House Speaker Nancy Pelosi extended her Tuesday deadline to reach a deal in time for the Nov. 3 election. But nobody believes claims of deadlines anymore, said Currie.

President Donald Trump quickly walked back his decision not to agree to a deal until after the election.

Currie said both sides want to be perceived as helping the American public but also want to make sure that the other side doesn't get credit.

On top of that, there appears to be internal disagreement within the Republican senate about supporting a stimulus package in the range of US$2 trillion.

Gold and oil moved in opposite directions.

Gold hit a one-month high as a stimulus deal would help the precious metal. Oil fell as the failure to strike an agreement is perceived as bad for global demand.

The energy sector was the big loser on the day, falling 2.1 per cent with MEG Energy Corp. and Suncor Energy Inc. down 3.7 and 3.6 per cent respectively.

The Canadian dollar traded for 76.21 cents US compared with 76.12 cents US on Tuesday.

Materials was the second-best performing sector on the TSX after health care, rising 1.8 per cent with shares of Hudbay Minerals Inc. up 6.6 per cent.

The industrials sector was hurt with shares of Canada's two railways falling after reporting weaker-than-expected third-quarter sales and profits on Tuesday evening.

"That's a pretty significant drag on the market...so that's really got the industrials being hit pretty hard today," said Currie.