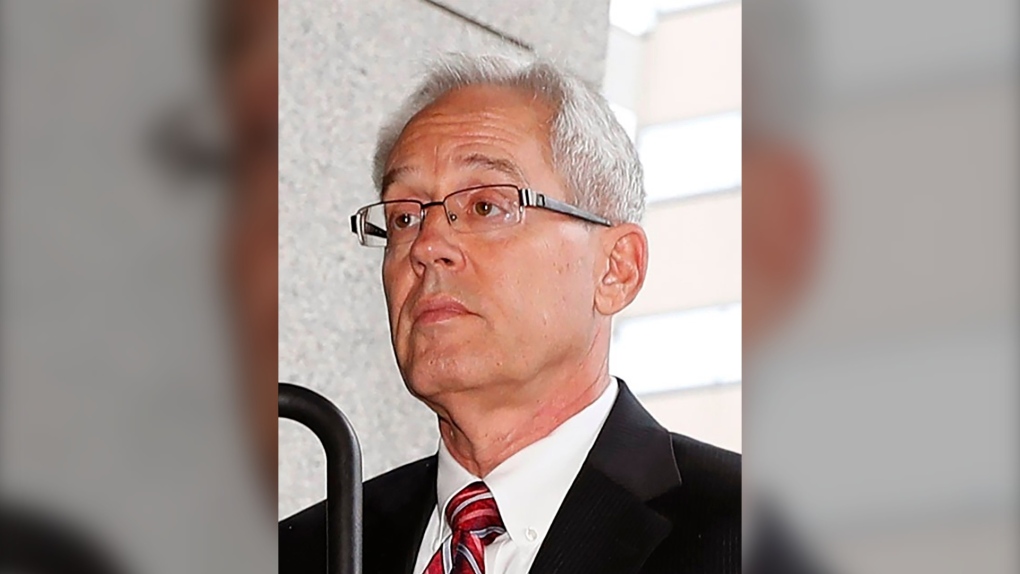 Kelly's trial in Tokyo District Court is to open Sept. 15, nearly two years after his arrest, and the same day he turns 64. If convicted on charges related to underreporting Ghosn's income, Kelly could face up to a decade in prison.

Even if acquitted, he has already paid a heavy price, unable to leave Japan and go home to Tennessee while out on bail. He has yet to see his newborn grandchild. His wife got a student visa to stay with him in Tokyo.

Jamie Wareham, Kelly's lawyer in the U.S., says a compensation agreement was never finalized. He believes the real motive was a "corporate coup" to oust Ghosn by others at Nissan who feared he might engineer a takeover by its French alliance partner, Renault.

"The whole thing is a fraud," Wareham told The Associated Press by phone.

Ghosn could have been a star witness for the defence. But he is gone, having fled to Lebanon late last year, hidden in a box aboard a private jet.

"He is frustrated. He is upset," Wareham said of Kelly. "He has been abused from the beginning by the Japanese system."

Nissan's U.S. division hired Kelly, who has a law degree, in 1988. He became a representative director in 2012, the first American on Nissan's board. Kelly worked in legal counsel and human resources at the company. He was arrested in November 2018, upon his arrival from the U.S. in Japan, thinking he was going to attend Nissan meetings.

Kelly has not been charged with breach of trust allegations that Ghosn is facing, which centre around suspected use of Nissan money for personal purposes, including fancy homes. Ghosn's lawyers have argued the properties were needed for work, and contend that such questions could have been raised internally at the company and did not require prosecution.

"We feel we have a solid case with ample evidence to win a guilty verdict," Yamamoto told reporters recently.

Wareham, Kelly's counsel, said prosecutors have sent the equivalent of a billion pages of documents, mostly in English, that can only be examined on a computer at the Tokyo legal team's office. They have yet to hand over more than 70 7-inch-size boxes full of material marked as evidence, with only two weeks left before the trial opens.

Kelly's treatment has been unfair, Wareham said. But he is confident Kelly will be vindicated because he is so "obviously innocent," he said.

Nissan was charged as a company, and Nissan and Kelly will be tried together. Nissan has acknowledged guilt and made changes to the statements on compensation. It was fined 2.4 billion yen ($22.6 million) but still faces related charges.

In a trial likely to last about a year, Nissan employees, including former Chief Executive Hiroto Saikawa, are expected to testify in support of the prosecutors. Saikawa replaced Ghosn but resigned last year over financial misconduct allegations of his own. He has not been charged.

Separately, Japan is seeking the extradition of two Americans, Michael Taylor and his son Peter Taylor, on charges of smuggling Ghosn out of Japan. U.S. Magistrate Judge Donald Cabell issued a ruling Friday approving their extradition, but the final decision rests with the U.S. State Department. They are being held in a Massachusetts jail without bail.

Paul Kelly, an attorney for the Taylors, said they looked forward to presenting their arguments at the State Department, including the history of Michael Taylor, a former U.S. Army Special Forces veteran, who has achieved "stunning well documented victories over criminals and terrorists."

That is a widespread criticism given that the conviction rate is above 99%. Suspects are routinely grilled by police or prosecutors without a lawyer present and held for months before trial, a practice that critics say leads to false confessions and lacks a presumption of innocence.

At the heart of the whole Ghosn saga is the tendency for Japanese executives to be paid far less than their Western counterparts, while they work more as part of "salaryman" teams than as powerful leaders.

Ghosn defended his higher than usual compensation as what he deserved for what he had achieved at Nissan, leading its turnaround from the brink of collapse after he was sent by Renault in 1999.

Since Japan has no extradition treaty with Lebanon, it's unlikely Ghosn will ever face trial. But his legacy at Nissan is likely to overshadow Kelly's trial.

"My prayers go to Greg Kelly and his family who remain trapped by the Japanese Hostage Justice System," Ghosn said in a tweet earlier this year.