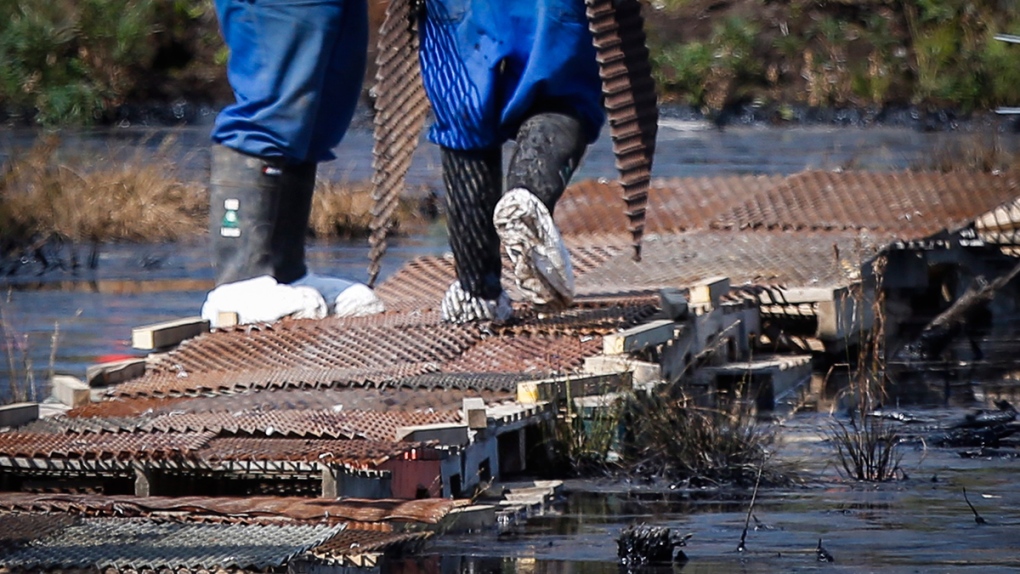 CALGARY -- A Calgary energy company has pleaded guilty to federal and provincial environmental charges over one of the largest pipeline spills in Alberta history.

Nexen has been ordered to pay a total of $750,000 in fines for the Long Lake spill southeast of Fort McMurray that released five million litres of bitumen, sand and produced water over an area of 16,000 square metres of lake and muskeg in 2015.

"A number of landbird, shorebird, waterbird and waterfowl species protected by the Migratory Birds Convention Act use and were observed in the impacted area and adjacent unnamed lake," said the agreed statement of facts.

Nexen, a subsidiary of Chinese state-owned firm CNOOC Ltd., acknowledged the pipeline southeast of Fort McMurray was leaking for more than four weeks before it was discovered by workers in the area.

The statement said the leak began June 13. Although the spill was visible from satellite imagery by July 3, it wasn't until July 15 that Nexen realized there was a problem when two employees spotted it while doing work in the area.

The double-walled pipeline -- designed to carry raw bitumen from the ground to a processing plant -- had been installed a year earlier. The pipeline, which used a relatively new technology, operated at 100 degrees Celsius in order for the thick bitumen to flow.

Nexen said the release went undetected because a computer failed to sound an alarm.

"This failure was unknown to Nexen prior to the release," says the statement. "Nexen had no written procedure in place to check for the type of failure that occurred."

The pipeline remains out of operation.

"Over the last three years, we've kept a close eye on Nexen's operations to bring the company back into compliance," Jim Ellis, head of the Alberta Energy Regulator, said in a release.

"The pipeline responsible for this spill will remain suspended until Nexen can demonstrate to us that the company can operate it safely."

The total provincial fine is $460,000. About $450,00 of that will go into funds to help establish best practices on pipeline spills and to expand an environmental sciences degree program for Indigenous youth.

The federal fine of $290,000 is to go into an environmental damages fund for migratory bird habitat.