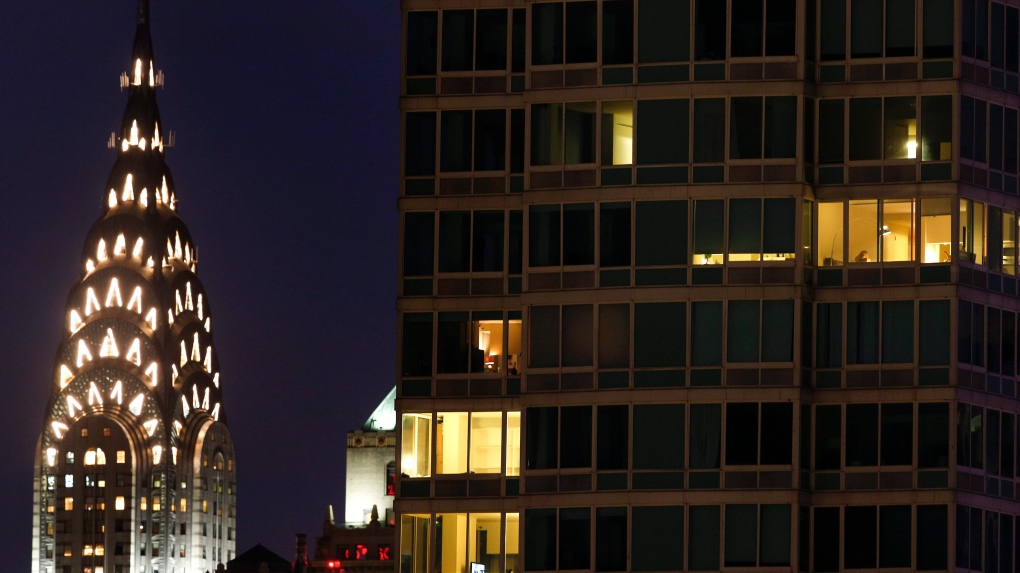 The top of the Chrysler Building glows over Manhattan, Thursday, May 14, 2015, in New York. (AP Photo/Julie Jacobson)

The Chrysler Building, one of the most iconic structures in New York, has been put up for sale by its owners, Emirati investment firm Mubadala and real estate group Tishman Speyer.

The owners did not set a selling price, a source close to the sale told AFP on condition of anonymity, confirming a report that was first published in The Wall Street Journal.

The building in midtown Manhattan, considered an Art Deco masterpiece, was acquired in 2008 by Mubadala, which paid US$800 million for a 90 percent stake.

Tishman Speyer, which had bought the building outright for a reported $210-250 million in 1997, retained a 10 percent stake.

Neither firm would offer a comment when contacted by AFP.

Tishman Speyer has hired real estate group CBRE to manage the sale of the building at the intersection of 42nd Street and Lexington Avenue.

The announcement comes at a difficult time for the New York real estate market, especially in Manhattan.

Development of the Hudson Yards neighborhood, on Manhattan's West Side, will soon be complete, with more than 1.6 million square meters of new office and residential space.

That has driven prices down even further for older buildings.

Another factor for potential buyers to consider: the land on which the Chrysler Building stands is one-third owned by Cooper Union, a private university.

The Chrysler Building, which opened in 1930, stands 1,046 feet (319 meters) tall. It was the world's tallest building, but only for 11 months, when it was dethroned by the Empire State Building, also in Manhattan.

The building was a personal project for Walter Chrysler, the founder of the car manufacturer that bears his name, but remained separate from the auto business.