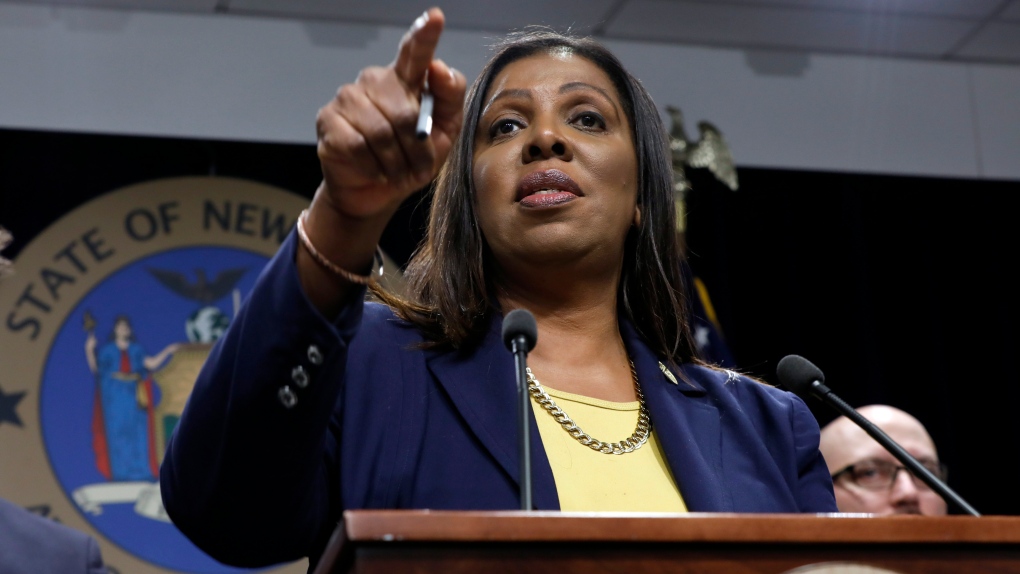 In a written statement, Juul Labs said it had yet to review the lawsuit.

"We remain focused on resetting the vapour category in the U.S. and earning the trust of society by working co-operatively with attorneys general, regulators, public health officials, and other stakeholders to combat underage use and convert adult smokers from combustible cigarettes," it said.

The company previously ended the U.S. advertising campaigns and shut down the social media accounts that are the subject of the lawsuit. It also stopped selling most flavours of its e-cigarettes after complaints that they were aimed at attracting young users, not just smokers looking for an alternative to cigarettes.

California sued the company on Monday and North Carolina in May. Illinois, Massachusetts and several other states are also investigating Juul, which James said represents 70% of the e-cigarette market.

In the latest government survey, one in four high school students reported using e-cigarettes the previous month, despite federal law banning sales to those under 18.

The lawsuit was filed in state court in Manhattan. It requires Juul to stop targeting minors and pay fines for various alleged violations.

The suit comes as health officials have been investigating deaths and illnesses tied to some vaping products. Most who got sick said they vaped products containing THC, the high-inducing ingredient in marijuana. Officials believe a thickening agent used in black-market THC vaping products appears to be a culprit.

The Centers for Disease Control and Prevention has reported 42 deaths linked to vaping and 2,172 injuries, according to the federal agency's latest count.

Juul's products contain nicotine, not THC, but politicians have used the illnesses and deaths to hammer all e-cigarette makers.

James said the death of a 17-year-old boy in the Bronx, linked to vaping, spurred her to file the lawsuit.

"As a result of all of their advertising, a significant number of young people thought that e-cigarettes were safe," James said.

She said other companies that produce e-cigarettes may be targeted in the future.

"All individuals who are responsible for the destruction that has been caused in the state of New York, you can be assured this office will pursue those individuals and not be limited to any one particular company," James said.

Gov. Andrew Cuomo issued a statement saying that "it is undeniable that the vaping industry is using flavoured e-cigarettes to get young people hooked on potentially dangerous and deadly products, and the predatory marketing practices used by these companies have no place in New York."

This story has been updated to correct that the lawsuit accuses Juul of misleading the public about potential health hazards of e-cigarettes and contributing to a vaping epidemic by touting e-cigarettes as a safer alternative to traditional cigarettes, but it does not claim the company's marketing practices contributed to 42 deaths and thousands of injuries nationwide.