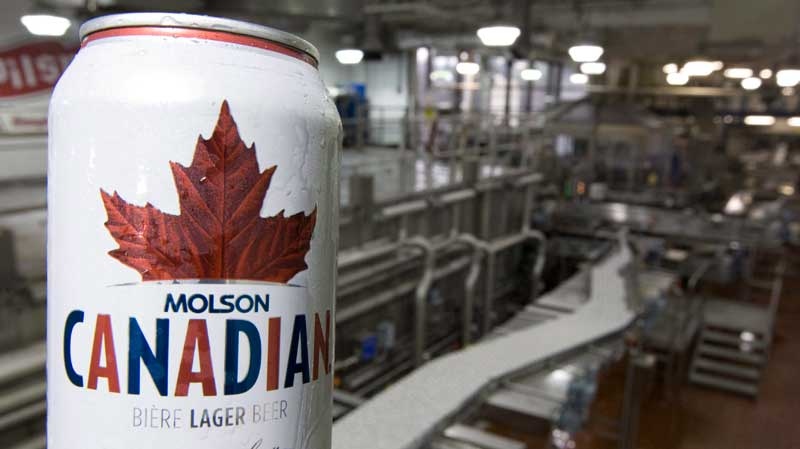 Molson Coors Brewing Co.'s newly appointed chief executive is already developing a plan to address a change in consumer tastes away from beer to compete with trendy new products like spiked seltzers and cannabis-infused drinks.

Gavin Hattersley, who currently heads the MillerCoors U.S. operations, will replace Mark Hunter when he retires next month after 17 years with the company, including five as CEO.

Hattersley plans to spend the next few months preparing the Denver and Montreal-based brewer for 2020 and beyond.

"We need to consider all options that we can take to maximize the future potential of our business and to create additional firepower to put behind our brands and in order for us to innovate," he said Wednesday during a conference call to discuss its second-quarter results.

The brewer of brands such as Coors Light and Belgian Moon has also stepped into the booming spiked seltzer segment with Aquarelle, a 100-calorie vodka soda drink marketed toward "healthy people seeking balance."

Hattersley's top priority is to focus on innovation to develop new beverages, including premium beers and seltzers.

"I think it's safe to say that competition for consumer's intention is really at a high level in the United States. And obviously, the beer category, the beer industry needs to evolve quickly and needs to keep pace with consumer preferences, which are rapidly changing."

"There's no doubt that seltzers are big and they're here to stay," the incoming CEO said, adding that it responds to two big consumer trends: it is better for you and consumers looking for an alternative taste for beer.

"We're moving quicker, we're taking smarter risks. In this fast-changing environment, we can't afford to let others pass us by. So I think you will see us move with the pace going forward."

Hard seltzer may be having a moment, but the company is also looking beyond traditional alcoholic beverages into the nascent market for cannabis-infused drinks.

The company intends to discuss at its next quarterly call the brands of Truss non-alcoholic cannabis-infused beverages that its joint venture partner marijuana producer Hexo Corp. will begin to sell after the product is legalized later this year.

Hunter said Molson Coors dipped its toes in the cannabis space a year ago to "be on the playing field" as demand for these beverages expands to other geographies, including the United States once "legislative complications" are addressed. Marijuana is illegal in the U.S. at the federal level, but many in the space believe the political winds are shifting.

He said he believes the Truss line has "disruptive potential."

"Truss's portfolio of brands will taste great and be scalable because of its infusion technology and flavouring capabilities within its Belleville, Ont., facility. And Truss's portfolio will meet an array of consumer occasions."

The brewer has grappled with declining beer demand in North America under Hunter's stewardship as consumers turn toward craft beers and ciders along with wine and spirits.

On Wednesday,the company's stock dropped 7.1 per cent to $71.55 in afternoon trading on the Toronto Stock Exchange after it reported that second-quarter earnings declined 22.3 per cent to US$329.4 million from the same period last year.

Net sales revenue decreased 4.4 per cent to US$2.95 billion in the quarter ended June 30.

Quarterly underlying diluted earnings of $1.52 per share contrasted with per-share earnings of $1.88 a year earlier, and came in below analysts' expectations of $1.65, according to financial markets data firm Refinitiv.

Companies in this story: (TSX:TPX.B, TSX:HEXO)