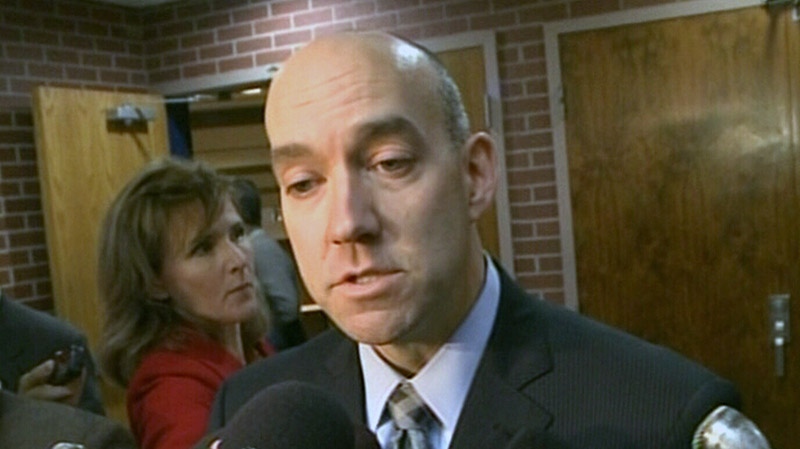 FREDERICTON -- There may be enough shale gas reserves in New Brunswick to fuel the province's energy needs for a century, Energy Minister Craig Leonard said Tuesday in an effort to persuade a public skeptical of the merits of the industry.

Leonard delivered a statement in the provincial legislature promoting the benefits of shale gas development, saying the province has at least 80 trillion cubic feet of natural gas locked within its borders, 15 million of which can be economically extracted.

He said that amount of shale gas would be able to heat every home in the province for 630 years or serve the province's power needs for the next 100 years.

But outside the legislative assembly, Leonard was less definitive. He said those figures come from consultant reports and need to be proven.

"We have to dig to see if it can be extracted economically and if it's there at all," Leonard said. "But that's what the industry standards look at to see what kind of potential resource you have."

"This is purely speculation at this time," Collins said.

The Liberals are continuing their call for a moratorium on shale gas development until more research is done, particularly on the practice of hydraulic fracturing or fracking. Fracking involves blasting large volumes of water and chemicals into deep layers of shale rock in order to release trapped pockets of natural gas.

The issue has triggered howls of protest from critics who fear development of the shale gas industry could threaten the province's drinking water.

Leonard said the government plans to proceed slowly by allowing a small number of exploration sites at first and will begin discussions with provincial universities about the creation of an energy institute.

University of Moncton biologist Louis LaPierre recommended such an institute to act as an independent body that would ensure research and monitoring of natural gas exploration and production.

The government has promised to deliver a blueprint in the spring on how it would proceed with shale gas development.

Leonard said the government will finalize regulations and a royalty regime in advance of expected exploration activities next year.