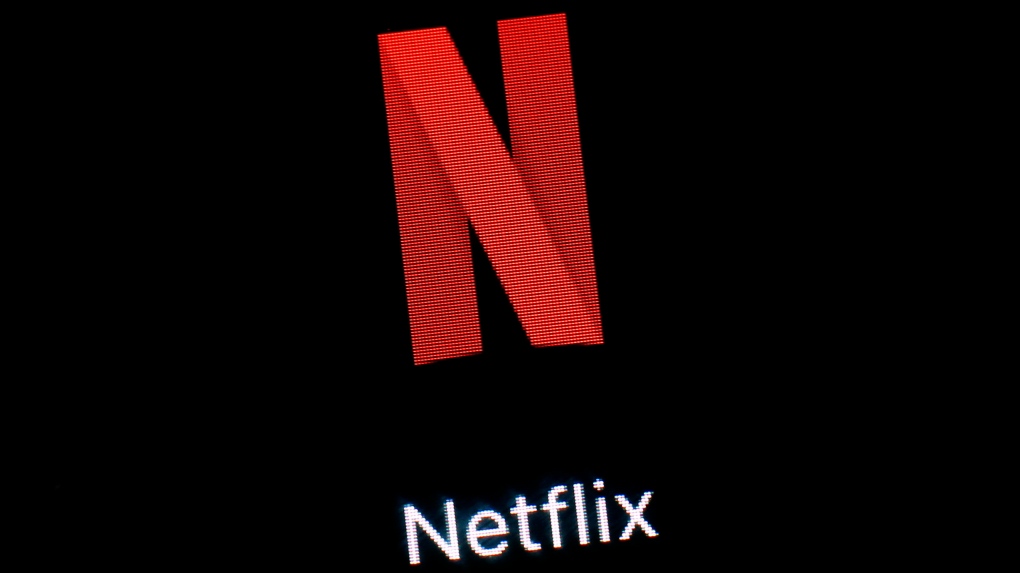 This March 19, 2018, file photo shows the Netflix app on an iPad in Baltimore. (AP Photo/Patrick Semansky)

Netflix posted sharply higher third-quarter earnings Tuesday thanks to a stronger slate of titles, including "Squid Game," the dystopian survival drama from South Korea that the company says became its biggest-ever TV show.

The company has ramped up production, rebounding from pandemic-induced delays in the first half of the year. It's also looking beyond movies and TV and said it plans to fund "new growth opportunities" such as video games, which are being tested in some markets.

"It remains very early days for this initiative and, like other content categories we've expanded into, we plan to try different types of games, learn from our members and improve our game library," the company said.

And as it faces saturation in the U.S. market, Netflix is focusing on growing its international subscriber numbers. For instance, it launched a free mobile plan in Kenya, in the hopes it will get more people in the country to sign up for paid memberships.

In all, Netflix said its subscriber base grew 9% from a year earlier, to 213.6 million, surpassing its own projections.

The increase came about even as Netflix's subscriber growth softened "a little bit" in Latin America after the company increased prices in Brazil, Spencer Neumann, Netflix's chief financial officer, said during a conference call with a Wall Street analyst.

"It's a short-term slowdown in growth, but good for our business and we're already continuing to grow through it," he said.

Analysts, on average, were expecting earnings of $2.56 per share on revenue of $7.48 billion, according to a poll by FactSet.

Shares of the Los Gatos, California-based company fell about 1% in after-hours trading.

Netflix also said Tuesday that later this year it will change how it reports its viewership metrics. Instead of how many accounts watch its titles, it will report the number of hours viewed. Netflix said this is a "'slightly better indicator of the overall success of our titles and member satisfaction."

For the current quarter, Netflix said it expects to add 8.5 million net subscribers.

The company made no mention in its earnings news release or call of the fallout surrounding a recent Dave Chapelle special, which premiered earlier this month after the third quarter ended.

Netflix said Friday that it had fired an employee for disclosing confidential financial information about what it paid for the Chappelle's comedy special "The Closer," which employees and advocacy groups condemned as being transphobic and harmful to transgender people.

However, Netflix co-CEO Ted Sarandos told managers in an internal memo that the show doesn't cross "the line on hate" and will remain on the streaming service.

Transgender employees and their allies planning to stage a walkout Wednesday in protest.