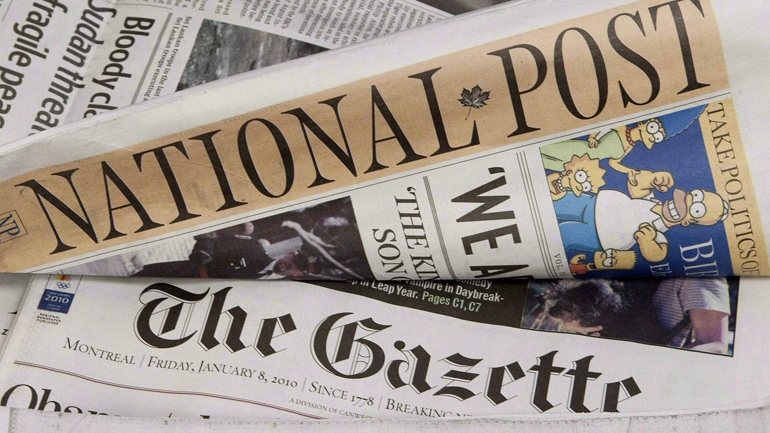 TORONTO -- The National Post newspaper is eliminating its Monday print edition as of July.

The newspaper hasn't published on Mondays during the summer months for eight years.

This year, it won't resume the print edition on Mondays when the summer ends.

But it will introduce a Monday ePaper edition starting July 3.

The company says the decisions will put its National Post brands on a stronger financial footing.

It's also set to launch new websites for the National Post and Financial Post on Tuesday as well as new mobile apps later this month.