N.L. says talks at stalemate with Ottawa over fish fund 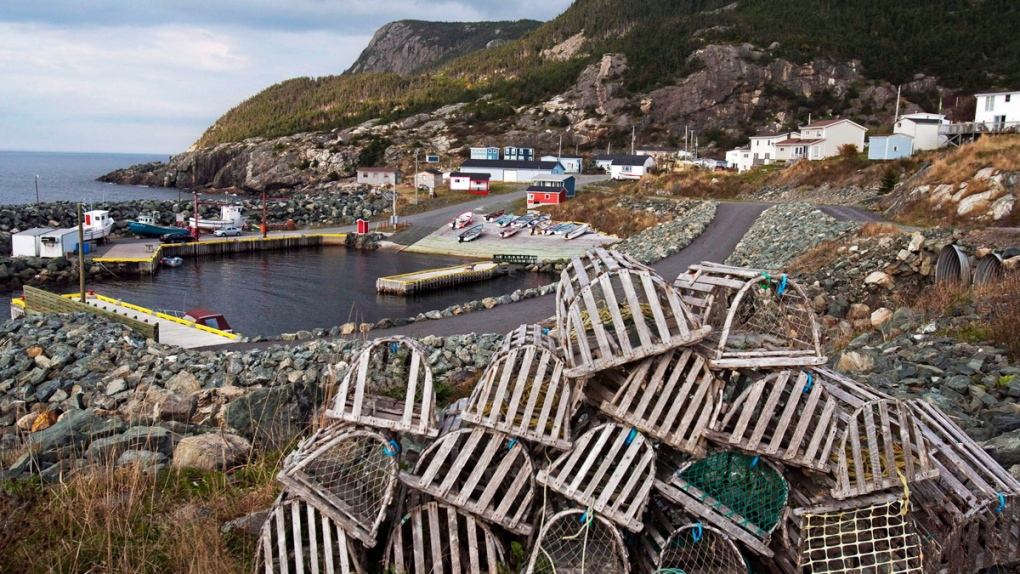 The harbour of the town of Bauline, Newfoundland and Labrador, on Oct. 10, 2011. (THE CANADIAN PRESS / Andrew Vaughan)

ST. JOHN'S, N.L. -- Newfoundland and Labrador has upped the ante in its ongoing fishery feud with Ottawa, saying it will keep minimum processing rules that could trigger penalties under a free trade deal with Europe.

Premier Paul Davis told the legislature Tuesday that his province won't give up the measures meant to protect fish plant jobs unless the federal government delivers what he says was promised compensation.

Davis met with Prime Minister Stephen Harper last December in Ottawa. They discussed what the province says was Ottawa's commitment to pay $280 million of a fishery transition fund in exchange for giving up processing restrictions.

The Prime Minister's Office denied ever offering a "blank cheque." Various federal ministers have echoed that sentiment since, saying that any cash under that fund was to be for proven economic losses.

It all prompted Davis to repeatedly say his province's support for the Comprehensive Economic and Trade Agreement, now being finalized between Canada and Europe, hinged on Ottawa delivering that cash.

Davis went so far in January as to pull out of other ongoing trade talks -- a move that alarmed business leaders who want more tariff-free access to lucrative international markets.

On Tuesday, however, provincial Business Minister Darin King stressed the Progressive Conservative government won't cut off its nose to spite its face.

He said the province will support CETA otherwise and resume its place in other negotiations.

"Because we have a dispute on the fishery fund, we're not prepared to say, well, we'll do without any other benefits in any other deals.

King said it was pretty much the last straw when Rob Moore, the federal regional minister, visited St. John's last week but didn't act on his expressed willingness to continue fishery fund negotiations.

"It did signal to me, to be honest, that there's very little willingness to talk. The federal government has taken a position and they've not moved off of that position, not one ounce as far as I can see, over the last six or eight months."

A spokeswoman, Kelsie Corey, said in an emailed statement Tuesday that Moore talked to the provincial fisheries minister twice in April.

"We remain open to a transition initiative that includes support for displaced workers, research and development, and innovation."

The fishery fund was always intended to offset losses linked to the waiving of minimum processing requirements, Corey said.

"It was never intended to be a blank cheque that could be used to disadvantage the other Atlantic provinces."

Former premier Kathy Dunderdale announced the fishery fund with great fanfare, albeit with no federal officials present, at a news conference in October 2013. At the time, she said Ottawa would pay $280 million of a $400-million fund to ease any job losses, especially in rural outports. The province was to pay the rest.

Davis has accused Ottawa of changing the rules mid-game and introducing new conditions.

King said it will be up to the federal government to handle any trade disputes that may arise as the province asserts its jurisdictional right to maintain seafood processing requirements.

"There could be fines, penalties and so on. That's totally out of our control."