N.B. looks to hydrogen from seawater as fuel for future power 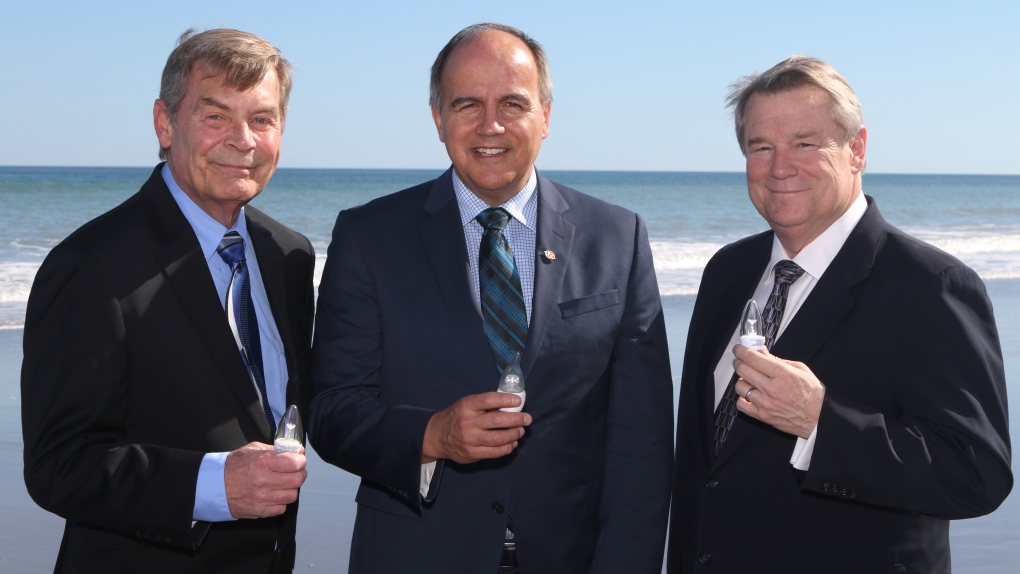 FREDERICTON -- New Brunswick's Crown-owned power utility is partnering with a Florida-based company to develop power plants that would use hydrogen extracted from seawater as their fuel.

NB Power signed a license agreement with Joi Scientific three years ago, but have now agreed to work together to test the technology and build a number of prototypes.

"What we're announcing now is we're working in a co-development arrangement where they've now taken some space at the Kennedy Space Centre to work shoulder to shoulder with us to build prototypes that we will eventually be bringing to Canada," Kennedy said.

He said his company has developed a new way to extract hydrogen from unprocessed seawater and, when used as a fuel to generate power, the only emissions are water vapour.

Kennedy said power generation could be done in a variety of ways ranging from fuel cells to traditional power plants.

"In what we're doing with NB Power we're looking at deployments that could range from 10 megawatts to 100 megawatts. In that case we'd use hydrogen-based internal combustion engines," Kennedy said.

NB Power President Gaetan Thomas said it could be two or three years before they would have small prototypes ready, and the cost would be about the same as a natural gas-fired plant.

He said aside from new power plants, they could consider conversion of existing facilities.

"We're looking at both. We have contemplated distributed generation which would mean new smaller facilities, but we are also looking at provisions to actually do it larger scale and whether it could do the whole Belledune or part of Belledune with a mixture of fuels in Belledune," he said.

The costs of the "Hydrogen 2.0" technology and the license agreement are being kept confidential.

Thomas said the utility is looking at all its options, but it might make more sense to have numerous small facilities around the province rather that a large generator, in order to avoid transmission loss.