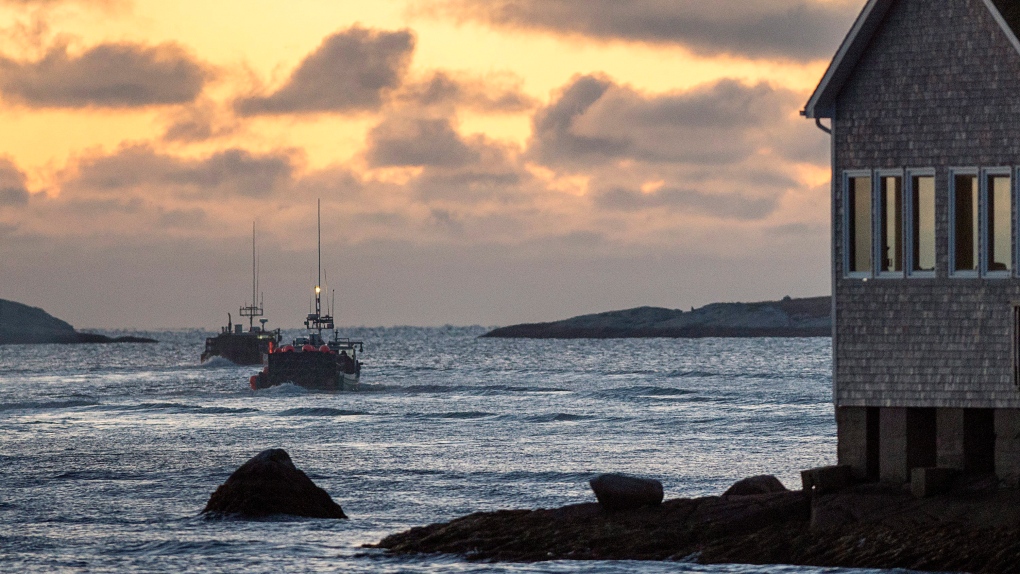 YARMOUTH, N.S. -- It is one of the country's most lucrative fisheries -- and on Tuesday about 1,500 fishing boats laden with lobster traps headed out onto the water in darkness along Nova Scotia's southwest coast.

Fisheries spokeswoman Debbie Buott-Matheson said about 5,200 captains and crew set out from an area that includes six counties from Halifax to Digby.

"It's a lot of boats on the water today and a lot of activity, so safety is key," she said.

"We have boats on water keeping eye on things and making sure things are safe."

The so-called "dumping day" was delayed a day due to high winds, but Buott-Matheson said the weather was holding steady.

Fishermen can start hauling in their catch at 12:01 a.m. Wednesday.

It's a critical opening for many of the fishermen, most of whom can make their living for the year in a short time, Buott-Matheson said.

This year's fishery starts up after months of controversy that resulted in protests by some fishermen in September. They maintained that Indigenous fishermen were using their food, social and ceremonial fishery as cover to illegally sell lobster out of season.

Later Tuesday, Buott-Matheson said there had been no incidents, protests or safety-related, on the water.

She said authorities had proceeded as they would have on any other dumping day.

"Fishery officers have been on the wharfs, they are out on the waters and Canadian Coast Guard is working with us ... and search and rescue is on standby in case there is an issue or a problem."

The value of last year's catch of 30,500 tonnes was $493 million, likely making it the second highest in its history.

The landed value for the 39,200 tonnes caught in the 2015-16 season was $567 million. Nova Scotia accounts for 61 per cent of the total Canadian landings of lobster.

Geoff Irvine, executive director of the Lobster Council of Canada, said interest could be up this year in the wake of the Canada-European Union Comprehensive Economic and Trade Agreement, or CETA, which eliminated an eight-per-cent tariff on lobster destined for Europe.

"We should see some greater interest from European buyers due to CETA, but it is too early to know for sure," he said in an email.